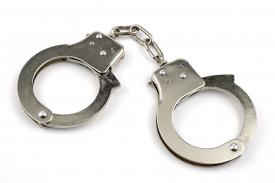 The Resort Development Organisation (RDO) has published a report highlighting the achievements of the Enforcement team during 2010, which include dealing with a record number of complaints and the closure of 32 fraudulent companies, more than any other year.

The total number of complaints and requests for information received in 2010 was 761, thirty per cent more than in 2009, which proves there is an increased awareness of the important role of Enforcement in the fight against fraud and the protection of timeshare owners.

Alberto Garcia, head of the Enforcement team, says: “It is essential that members forward any complaints to us so that we can inform the police and appropriate action can be taken. The more enquiries we receive, we’ll see more fraudulent companies investigated and eventually closed down, as the figures for 2010 show.”

During 2010, the Enforcement team dealt with 309 alleged fraudulent companies, mostly operating in the UK and Spain (on the Costa del Sol and the Canary Islands in particular). More than half of these were bogus resale companies.

All complaints and enquiries should be sent to enforcement@rdo.org. The full report is available on www.rdo.org.