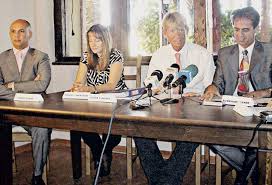 Following the [1]arrests of over 70 people in the Canary Islands and the subsequent charges of fraud and criminal association against seven individuals, an application was made by the MindTimeshare lawyers to participate in the criminal prosecution and to be given access to the court papers on the case.

RDO is pleased to announce that this application has now been successful, leading the way for consumers who believe they may have been defrauded to participate in the prosecution through MindTimeshare.

Mind Timeshare will shortly be making a series of announcements to the media in the Canary Islands to ensure that there is maximum publicity achieved surrounding developments. At the same time, it will be asking consumers to come forward with evidence that can be added to the case.

[1] On July 22, the unit for organised crime at the police force arrested 74 people at the offices and sales decks of Voyager Travel, Lifestyle Holidays, Reclaimgc, Timeshare Refund Network and other associated companies. It is alleged that the companies made around €5million by defrauding in the region of 2,000 holidaymakers, who made payments of between €5,000 to €30,000 for the guarantee of discounts of up to 70% at holiday accommodation.

One of the key individuals behind the companies, Eugen Kaiser, is amongst those arrested. A German national, Kaiser has been based in the Canaries since the 80s.