A New Piece of Legislation for the Industry 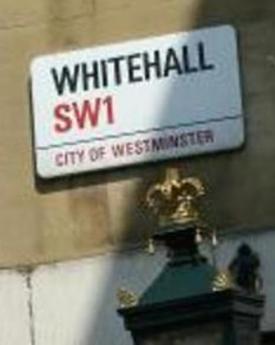 A New Piece of Legislation for the Industry

I have no that doubt those who read these blogs are heartily sick of me going on about the reputation of the industry and the detriment caused to the image of shared ownership by the holiday clubs. So apologies in advance for returning to this topic!

RDO recently received a 160 page document from the BIS (Department for Business Innovation and Skills) in Whitehall, asking for our views on the implementation of the 2nd Timeshare Directive into domestic UK legislation. Before I go any further, I thought it worth quoting this piece from the Foreword to the Consultative Paper by Edward Davey, the new Minister for Consumer Affairs, “..Tourism plays an increasingly important role in the economies of Member States, and by setting conditions for fair trading by introducing common rules across the Community, the Directive should encourage greater growth in timeshare and related services”… So there you have it, recognition by the UK Government that the shared ownership industry is as much a part of the UK tourism industry as its competitors. It was also very encouraging to see the RDO Industry Report of 2007 extensively quoted in the BIS paper as the source for industry statistics.

In general, the RDO’s position on this piece of EU legislation, as it wound its way through the Brussels bureaucracy, has been supportive, as we believed it would make it difficult for unscrupulous holiday clubs, who are currently outside the existing legislation, to continue in business. We still have some reservations over the new law as it applies to the resale sector, as there are concerns that current proposals will make it difficult for RDO member resale companies who comply with our Code of Conduct to carry out their business, which is high cost in terms of advertising weeks for sale etc. and we will be talking to the BIS about that. Having said that, the implementation of the law will be welcomed by our members as another step forward ,that should give the consumer even greater confidence when dealing with an RDO member.

On the same topic, we met recently with staff from “Which? Holiday” who are drawing up a report to be published in October this year on the timeshare resale market, trying to offer guidance to consumers. RDO has long recognised that there needs to be improvements in the resale market and indeed the May 26th Industry meeting I referred to in an earlier blog, sought to address that very problem – we are not unique in Europe at having to deal with this issue, if you go and talk to our colleagues in ARDA (American Resort Development Association), you will find that they also recognise resales as an issue that needs to be improved to help the market.

I digress, without wishing in any way to pre-empt that Report , which we will study with interest, the key fact that came out of our meeting with the Which? Holiday people, was that they did not know where to direct consumers who had experienced problems with non-RDO member resale companies, some of whose activities clearly bordered on the fraudulent. Naturally we were able to help them on this, but it lead us to realise how much work we have to do in getting the RDO name in front of the public, so that it becomes synonymous with quality and consumers can buy with confidence where they see the RDO logo. So that means, come 2011, that we need to be looking at ways of establishing RDO as a quality mark for members and we should be looking at ways we can enhance the sales process for buyers over and above that provided by the new legislation.