Bit Early For The Silly Season….. 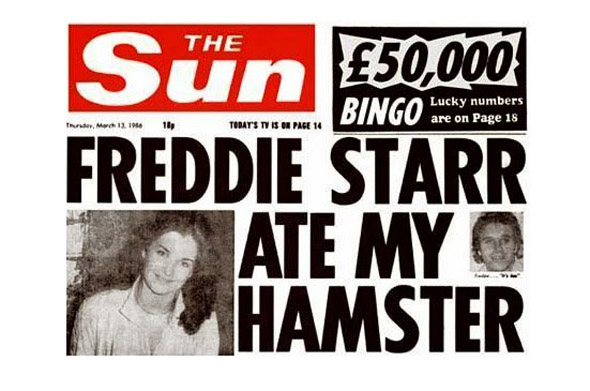 Bit Early For The Silly Season…..

Apologies if this is a bit UK centric, but for those who are not aware, the last 2/3 weeks of August were and I believe still are, what we call “the silly season” – most politicians are away on holiday, so there is little news coming from Government and with Parliament in recess there is little or no gossip for the journalists to write about. They therefore have to resort to daft stories along the lines of (“ Freddie Starr ate my hamster”) or worse.

The only reason I refer to this is that it would appear the silly season has arrived early, as 3 weeks ago now, on 30th May, the Daily Telegraph published a particularly poorly researched article entitled “Finally – a break for timeshare victims”. The article quoted what appeared to be “facts and figures” one assumes were fed to the paper by the TCA, with no attempt being made by the journalist who wrote the piece, to check her facts with either ourselves and/or TATOC – we always make ourselves available to the media – night or day, high days and holidays – the phone didn’t ring once as they say! Needless to say, we have been engaged in a dialogue with the paper over what they call “an Editorial Complaint” ever since. I am however not holding my breath for a positive outcome to this dispute. The best we can hope for is that in the future, someone at that august organ will recall that they should perhaps contact RDO and/or TATOC before writing another seriously misleading article: well I can always dream!

We are aware that there are at least 2 other media articles in preparation, one by a further UK daily, the other by a Norwegian TV company. Hard to say exactly what line they are taking, but any member contacted in this way is urged to contact Sue or myself so that we are aware of what is going on and can respond (as we are doing in these 2 cases). Sad to say sometimes the journalists feel they have the story they want (as above) and are not interested in the facts, but we persevere – why let the facts get in the way of a good story as the saying goes!

It hasn’t all been bad news though. On 9th June, Holiday Club Resorts Oy (HCR) announced that the major Indian leisure group – Mahindra Holidays & Resorts had increased its stake of HCR to 88%, which underscores the fact that a leading hotel and leisure group sees future significant growth in the European timeshare market. This is the second Indian group to acquire a timeshare resource in the last 3 years, the first being MGM Hotels’ acquisition of Petchey Resorts.

The Christel House European Golf Day raised a staggering £54,500 to go towards Christel House operations in South Africa and India – well done all. I was at the dinner in the evening and a great day seems to have been had by all. It looks as though there had been some canny team composition put into the winning team under the FNTC colours. You have to get up early to outwit Messrs. Kenny and Migani!

The holidays will be upon us soon and Europe will be on the move to take its annual big break, filling member timeshare resorts to overflowing (assuming they are not already filled of course) – another positive thought!

Last Chance to Benefit from Discounted Rates for RDO6 2015 Conference