Did It All Change As Predicated? 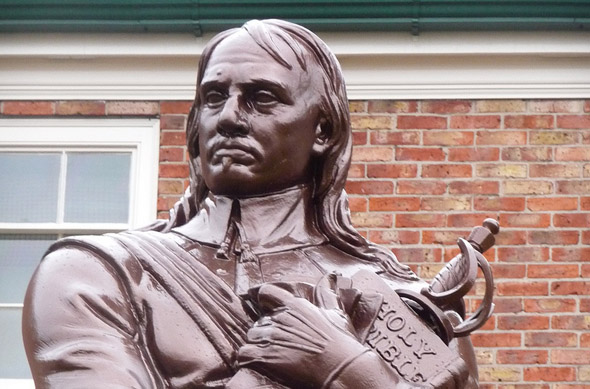 Did It All Change As Predicated?

Even if this gets put up on our website on in the first working-days of March, I will count it as February’s blog and if so I have managed so far to keep to my resolve of 1 blog a month – not sure anyone will be that interested but it leaves me with a warm glow if nothing else!

These have been fraught days in our household, with A2 mocks being sat by the youngest member of our family, who decided last Friday evening that his eyes needed testing  as he was having trouble seeing things on the board at school (this is 3 days before he starts his exams) – a call to our local Vision Express – he had an eye test Sunday afternoon and a  pair of glasses available by Tuesday evening (he now resembles a young Michael Caine, glasses – wise that is), the only reason I mention this is because I was singularly impressed with the service, speed and efficiency of that organization – it has nothing really to do with this blog – other than to emphasise the importance of good customer service.

Anyway to the point. I noted back in November’s blog, that things were about to change as the Board was due that month,to approve new provisions to make surrender of timeshare for legacy owners that much easier – which it did, allowing a bedding-in period for members up to our February Board – which took place on 13th, when they were formally approved, but won’t be publicized until the begining of April – allowing some members with parent companies outside the UK to make final adjustments. Of course some of our members are and have been for some time now allowing legacy case owners to leave without any fuss and these provisions are designed to make the position more transparent .We also hope to start to take the ground from under the feet of the fraudsters. I know I have claimed this before – it has been a slow process, but we have members out there doing everything they can to assist owners where necessary and we need to acknowledge that and correct the record.

The February Board also marked the fact that there was recognition that we needed to get onto the front foot as it were when it comes to promoting timeshare, and whilst the battle continues against the bad guys , we need to carry forward the positive message about timeshare in 21st Century and the appeal the modern product has to a new generation of  potential owners.

There is a lot of work yet to be done in this area, but planning is about to start  – with concrete proposals being worked on with announcements later this year.

It is March next week, and with March comes the RDO/TATOC seminar for owner-run resorts followed by the TATOC Conference at Stretton near Warrington (6-8 March). Apart from being famous for making vodka in Warrington – there is evidently a “Warrington-made Speaker Bercow Vodka” offered for sale in the House of Commons gift shop – Cromwell had his headquarters there for some time and nearby in WW2 was the biggest US Air base in the UK (Burtonwood). The first IKEA was opened in the UK at Warrington evidently although I do find that one a little puzzling. Still at least these blogs are educational – all useful snipets of information – guaranteed to break the ice at parties!

A late addition – there was a bizarre TV review in Friday’s Guardian covering the final episode in this series of “Death in Paradise” the somewhat light-hearted BBC TV crime series which has been netting around 7m viewers a programme and is already coming back for its 4th series next winter. The reviewer compared it to “a boring timeshare in the Caribbean”and the goes on to describe in somewhat disparaging terms such a holiday experience, with heavy emphasis on the repetitive nature of the holiday (but somewhat lightly skating over the beauty and appeal of the Caribbean). Given it was all light-hearted one shouldn’t take such comment too seriously, but the reviewer clearly shot himself in the foot with the analogy – why does he think people like timeshare and indeed go to 2nd homes year after year – it is the very fact of the comfort, local experience  that appeals to 2nd home and timeshare owners. Never mind – perhaps someone should offer Sam Wollaston (the reviewer ) a timeshare holiday?!