Fractionals in Europe – Crisis, what Crisis? 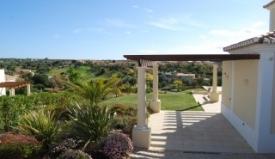 Fractionals in Europe – Crisis, what Crisis?

I came away from the annual Fractional Life Summit in London last week both encouraged and depressed. The former, because at this the third I think of these events, we actually had timeshare developers on a panel informing the summit how they had successfully upgraded their timeshare owners into fractionals – not that revolutionary you may feel, but a big step forward for the summit, which had at its previous 2 gatherings studiously avoided any reference to timeshare or the new legislation now in force in the last 7 days, which applies equally to most fractionals as it does to timeshare.

Depressing also, because later in the day, we had a panel of journalists advising the industry to use the social media and the internet to get the message out about fractionals because (surprise, surprise) the public still didn’t understand the concept and there should be a body speaking for the industry to get the message out about the product! Yet again, I found myself (as last year) making the point at the final session of the summit that this new industry had a ready-made home with RDO if it wanted to get the message across, because all the things the press people were advising, RDO is already doing and again, surprise surprise, the only really successful volume fractional developers in Europe at present are the timeshare developers, because their owners like the product and want to upgrade to fractionals. Needless to say I wasn’t inundated with developers and suppliers clamouring to join at the end of the Summit.

As I headed home I tried to work out why they just don’t get it and came to the conclusion that maybe timeshare developers were of a similar mind-set in the early days and it took some bad press exposure or similar to lead them to understand that they needed a trade body to speak for them. One theory I did hear expounded whilst I was there was that it needed the suppliers to firstly conclude that a trade body was needed and they in their turn persuaded the developers. It could be that this is the case here, perhaps someone like Frank Chapman, Chairman of our UK Chapter, who can remember those distant days will enlighten me , there may be a lesson in this for us!

It is perhaps a little worrying though that ARDA our sister organisation in the States hasn’t had this problem with fractionals joining what is a timeshare trade body.

To end on a more optimistic note, our press release on the new directive coming into force in the UK went out last Monday and on Wednesday, Richard McIntosh, Sue McNicol and I all did interviews for it, plugging RDO and timeshares and forecasting the demise of the holiday clubs. I am afraid my appearance on Breakfast TV was so early that only the dog in my household, who I had awoken on my departure at some ungodly hour, had managed to see it, plus Declan Kenny RDO’s Treasurer, who was an hour ahead of the UK anyway. Still an audience of 2 for a piece on timeshare – not bad!

RDO turns up the heat on Resale and Holiday Club Fraudsters