How Wrong Can They Be? 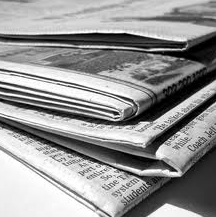 How Wrong Can They Be?

Over the past two weeks, we have had a journalist in the Daily Mail talking about the resurgence of “Timeshare sharks” on the Costa del Sol, another from The Olive Press making reference to “Timeshare Crooks” and on two other occasions we have had Lord Coe head of LOCOG, the London Organising Committee for the Olympic Games, , talking about feeling like a “Costa Blanca timeshare salesman” when he originally showed the Olympic Committee the East London site, (he made this same comment earlier in the year).

We have of course responded in all cases. In the first two cases, we contacted the journalists pointing out the inaccuracies in the articles and highlighting how they had confused holiday clubs,the sale of bogus freeholds and legal services with timeshare. We have of course offered to meet with the journalist from the Daily Mail, but it is unlikely we will be taken up on the offer.

In the case of Lord Coe, he seems particularly keen on this analogy, having used it 3 times in the past few months – this last week it was quoted in the Express and then on Tuesday on prime time television. Having firstly written to his office pointing out how inaccurate and out of date this statement was, after the TV comment, we decided to try a different tactic and wrote a letter to the letter page of “The Times” in the hope it might just be published – It wasn’t, but that was a bit of a long-shot! I would hope we will hear back from his office post the Olympics, but I am not holding my breath!

So what do these 2 incidents tell us?

Essentially, I believe the key message in all of this is that however negative the experience can be, now that RDO has been re-organised and put on a firm footing and the cost-savings achieved, we need to re-engage with journalists to try to get across the key positive messages about the industry and its products. It is for this reason that Sue McNicol and I have produced a new media pack for journalists, including developer offers for journalists to go and try the product. Over the late summer and early autumn, with the help of Jackie Murphy’s Flagship Consulting, I will be trying to get meetings with the key UK travel journalists, to talk about timeshare and hopefully rekindle interest amongst the travel journalists in a product they have neglected or more accurately, have heard little about in the past few years.

Hopefully over the coming weeks, we can build up some real interest amongst the media in timeshare and get some accuracy into the comments!

The Next Generation Of Buyers