The Developer purchased Pearly Grey in 1998 and in the six years between 1998 and 2004 Pearly Grey became an established, recognised and respected resort. During this time The Developer oversaw a major resort refurbishment programme.

In 2004 The Developer returned to South Africa and The Management Team assumed day to day responsibilities for resort operations including a complete refurbishment of the reception, bar and restaurant in 2007.

In 2011 The Developer returned to guide The Management Team and undertake the second major resort refurbishment project of apartments and common areas funded by €3M investment.
Strong sales figures towards end of worldwide recession justified the substantial reinvestment in the resort and we have 66% of owners reinvesting in our product.
Throughout 2014-2016 Pearly Grey continues to grow. 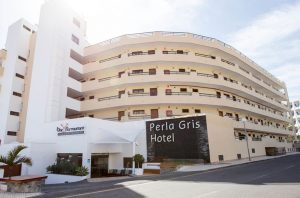 Pearly Grey Ocean Club is a holiday ownership complex situated in a very unique location in Tenerife, Canary Islands. Overlooking the Atlantic Ocean our resort offers uninterrupted views across to the picturesque island of La Gomera