The End Of April…. Hold The Front Page….. 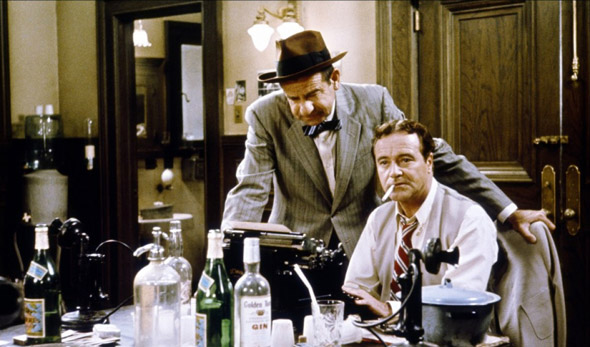 The End Of April…. Hold The Front Page…..

Anyone who is a film buff will remember the 1974 Billy Wilder version of the 1931 film – The Front Page. The ’74 film starred Walter Matthau as the Editor and Jack Lemmon as his star crime reporter. It was originally a successful stage play and the fact it has been filmed I believe four times is testament to its success, needless to say I believe that Matthau and Lemmon produced by far the best and funniest version.

The only reason I mention this, is because when it gets this late in the month and I haven’t written the monthly Blog, anytime now I (aka the hapless Lemmon) am going to get Nikkie (aka Matthau) emailing to know where it is  and why hasn’t it been written! Anyway I was looking for a way of getting into the Blog and this seemed as good an intro as any. If you haven’t seen the film, I strongly recommend you hunt it down and watch it.

April is traditionally a quiet month in Europe, with Easter and ARDA following each other closely this year. Of course here in the UK we have “The Never Ending Story” unfolding (otherwise known as the General Election) – I wish I could say well at least it will be over on 8th May – unfortunately with the 2 major parties virtually neck and neck, the 8th May is probably going to be just the start of a period of haggling between the parties to form a coalition or to support one or other (and please don’t get me started on the Scots Nats! Sorry trying to be neutral here). So this has as you may imagine raised the temperature somewhat over here – that and Aidan Turner’s top off in Poldark anyway! (Sorry, please get one of the 8 million females watching BBC1 every week, who is of your acquaintance, to explain that one if you are confused – I heard yesterday a somewhat tongue in cheek profile of him and evidently his hair has its own Facebook page!)

So what you are saying, if still reading, has this blog to do with RDO and the industry? Absolutely nothing, so I do apologise. You may recall that I told the delegates at the TATOC Conference that we were preparing a complaint to the EU Commission about the lack of enforcement of the law against timeshare fraudsters in the UK. I am glad to say that the fact that this complaint was in preparation does seem to have stirred interest and a willingness to consider action, amongst those organisations involved, and we are now more hopeful of seeing some results .We are however keeping the draft in reserve, in case as has so often been the situation in the past, this is another false dawn.

Aware also that members are tired of seeing their owners scammed and the falsehoods these fraudsters are putting out on the internet, there are concrete plans being considered for hitting back at some of them (we are now dubbing “the axis of evil”) and more will become apparent I am hoping in the coming weeks. I do understand we have been here before, but I do believe plans are starting to come together at this stage.

On a related subject, we did put out a release in April on the new exit provisions for what we are calling “legacy cases” ie those who bought back in the 1980’s and 90’s. We had hoped to get some media interest out of this as we had intended to put this out at the same time as the news of the EU Complaint. Because we held this back whilst talks were progressing, this did not happen, but it is there on the RDO website.

On the more positive side, work is progressing on the “timetoshare” initiative proposed by Jackie Murphy’s Flagship and more news will be available over the coming weeks.

I can’t finish without welcoming the Anfi Group back into membership of RDO as from 1st May, we look forward to working with them again.

Body Language Specialist Richard Newman To Give Masterclass At RDO6