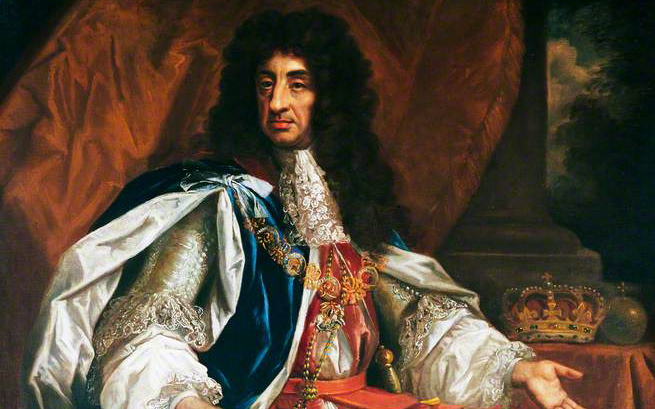 I like to think of myself as a bit of a history buff, particularly on the 17th/18thcenturies in England and Europe which is one of my favourite periods. I was however totally unaware of this Treaty when it was cited by a Brexiteer on a BBC Radio 4 news programme recently.

For those interested, (and thanks to Wikipedia yet again), the Treaty, sometimes known as “The Secret Treaty of Dover “ (so no wonder I hadn’t heard of it) was signed between England’s Charles 11 and France’s Louis XIV (“The Sun King”). In the treaty Louis promised Charles money so that he could be independent of Parliament who controlled his funds.

This of course was post the Civil War and Cromwell’s Commonwealth and despite the Restoration of the Monarchy, Parliament remained supreme. In return for the money, Charles agreed to support Louis’s ambitions in the Netherlands and in his claim to the Spanish succession. The secret element of it was the fact that Charles undertook to take England back into the Catholic faith in return for troops and annual payments of some  £300,000 a year.

You may, if at all interested, wonder why this was not better known – the reason it seems was that Louis was only really interested in England’s support in the Netherlands and Charles (very wisely) decided that trying to convert England back to the Catholic faith at this stage was a bit of a lost cause and the thought of what had happened to his father Charles 1 was probably enough to put him off the idea.

So what triggered this investigation was the claim that the current deal with the EU on withdrawal was, and I quote, “the greatest humiliation since the 1670 Treaty “ This was said by a Tory councillor in Boston and Skegness (up in the Fens and a strong Brexit area). Full marks to him for knowing about this treaty, but really as humiliating as a treaty when the monarch attempted to change the faith of the country and defy Parliament? I know the country remains deeply split on Brexit – but really can this be a reasonable comparison?

I was struck by the fact that the CBI and leaders of major companies in the UK came out in favour of the deal this week. Not because it was the “best deal” but because it was “a deal” and most business people are practical and pragmatic – unlike it appears, many MPs whose behaviour at the moment seems to verge on the hysterical. We heard last week-end how enough letters would go into the 1922 Committee from MPs (49 I believe) to spark a leadership vote and to oust Mrs May – it never happened. The only sane person seemed to be Ken Clarke – now the “Father of the House” and a committed Remainer who predicted last week that the so-called European Reform Group (ardent Brexiteers) would end up looking silly – how right he was – by mid-week the leadership challenge had faded out and leading members of the group were being compared to characters in the long running TV series “Dad’s Army”.

I was also struck by the defiant stance taken by the DUP against the agreement (they seem to be against everything, including helping to run Northern Ireland at present and I am sure if they were a US faction they would all be Trump supporters). I heard that four major business groups, including the farmers in Northern Ireland were lobbying the DUP to support the agreement, but they seem to have been completely ignored. If the DUP don’t support the Government then presumably they will no longer receive the £1 billion sweetener they were promised for supporting the Government? They can’t seriously think they are still entitled to it?

So, as I write this, the Meeting of EU Heads of State will take place today to ratify the Withdrawal Agreement and the next step will be for the issue to be debated at length in Westminster and a vote taken to accept or reject it should take place early in December.

At present all predictions are that Mrs May doesn’t have the majority in the House to get it agreed. One of our problems is that we tend not to take lessons from history. In October 1971, the then Conservative party with a slim majority under Prime Minister Edward Heath, sought to take the UK into the then EEC. The predictions were that he would not succeed and both the Conservatives and Labour parties were deeply split on the issue and much of the debate was around the so-called “loss of sovereignty”. After a six day debate the House voted on a free vote to join the EEC with a surprising majority of 112,  this was further ratified by a referendum in favour in 1975 under the then Labour Government – “Plus ca Change” as they say, or perhaps more to the point “a week is a long time in politics”.