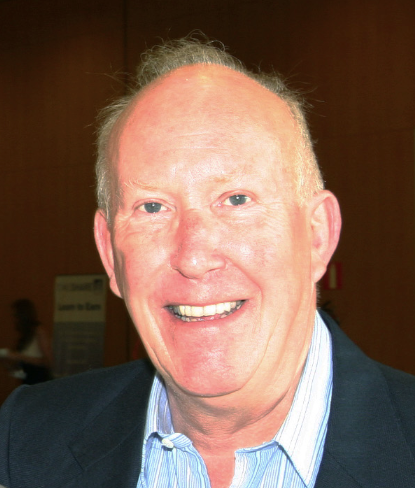 It is just over two weeks since the industry was stunned to hear of the sudden death of Ron Haylock and I was fortunate to be able to attend the funeral service this Tuesday at Dingley Church, tucked away in the rolling hills of the Northamptonshire/Leicestershire borders – good hunting country they used to call it and I am not sure if there wasn’t at one time a Dingley Hunt. I have to confess to the fact that I spent my formative years as a young barrister in Chambers in Leicester and my Head of Chambers at the time lived at Dingley Hall, which was where Ron lived.

Having taken train and taxi to the church, I was  I thought in good time , arriving at least 15 minutes before the service. At the time of my arrival it was packed, and by then, standing room only under the bell tower was the best option. I should add that this Dingley Church is attached to the Hall and was I assume, at one time, used by the family who owned the surrounding estate. Like many such villages and estates in this area, it has a gentle almost timeless quality – especially in May, when everything is so green. “Middle England” in more senses than one and so fitting that Ron should have retreated there when not travelling on his many charitable and business interests.

We have tended to see Ron within the industry in his capacity as former Head of RCI Europe and Middle East etc. and subsequently as Ambassador for Christel House. Listening to the tributes today during the service, you could not help but be struck by the breadth and diversity of his interests, the loyalties and friendships he kindled, even down to the local pub – The Queens Head – where it appears he will be sorely missed, and which I understand serves a mean pint of Adnams – on which I am ashamed to say I have on more than one occasion had far too much as a young lawyer (even leaving my car in a ditch one night after one pint too many). From music to education, Ron was involved, and as one speaker put it – “where did he find the time?” – most of us have enough trouble coping with the day job!

We could always rely on Ron to ask the awkward but pertinent questions at the RDO AGM during the Conference and I still remember him bouncing me into admitting we should leave Brussels, at the EGM to change the name to RDO.

We will undoubtedly all miss him hugely, but it is in a way re-assuring to know that it is not just our industry that will remember him fondly but friends and acquaintances from the many walks of life he was involved with, enthused about and touched all around the world.

I suspect he is already debating the properties of Ambrosia over those of a good Syrah, Godspeed Ron.