Has It Been An Annus Horribilis? 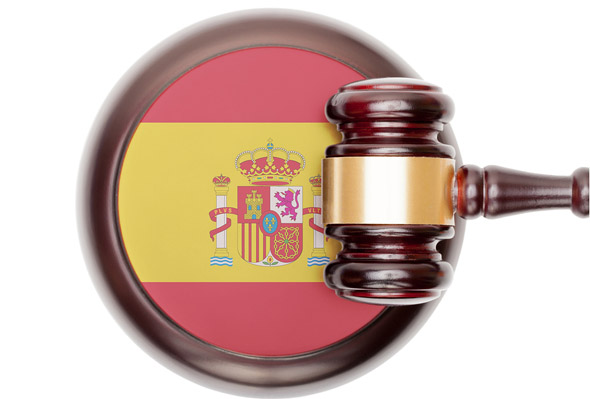 Has It Been An Annus Horribilis?

For those not latin scholars  – and I include myself in this category (though not our youngest who got a B in his A2 Latin – should have been an A but that’s another story), this was the really bad year referred to by Queen Elizabeth 11nd,

when she referred to 1992, the year three of her children were either divorced and/or separated ,including Princess Diana and Prince Charles and Windsor Castle had a serious fire. Not sure our own industry’s year has been quite such an annus horribilis, but I am referring here principally to the three Supreme Court rulings in Spain on what are effectively three key areas of timeshare operations in Spain.

I have to declare an interest here as an English common lawyer – Ieaving aside the fact that we are trying to understand what has been laid down in a different language, following different procedures and allowing for any shortcomings in translation, I have to say that these judgements seriously lack readability. Those of us who studied law at English Universities and then went on to train as either barristers or solicitors, in the 1960’s and 70’s cannot but help remember such famous judgements of the English Civil Appeal Court in the time of Lord Denning for instance that started “It happened on April 19 1964, it was bluebell time in Kent…” (Hinz v Berry 1970) or “In summertime village cricket is a delight to everyone …”(Miller v Jackson 1977). How can you not go on to read his judgement to understand what has gone on and why the Court came to the decision that it did in these particular cases? Lord Denning in fact went on to preside as Master of the Rolls well into his 80’s and died at the age of 100 – much revered by the legal profession in England and Wales and held in awe by legal students such as myself at that time. The reason why I went on about him at some length is the fact that our courts do go out of their way to set out the facts and distinguish earlier cases as necessary so that we are clear where the law is going (well nearly always), whereas the judgements of the Supreme Court in Spain seem designed to confuse and seem to me are singularly lacking in clear reasoning. I am mindful of my Spanish colleagues here and apologise if this seems to be a rant against the Spanish judicial system – rather more, it is a plea for some clear reasoning and consistency in judgements that have resonance and implications for our industry, well beyond the shores of Spain.

I have to confess to sitting here amongst the hills of Provence typing this blog – aware that considerably large areas of England have been subject to endless rain and consequent flooding, we have enjoyed our Christmas with cloudless skies and temperatures well into the high 60’s – (for those of us who still deal in Fareneheit). I realise that those reading this in Spain and the Islands, will find this pretty unremarkable, but for someone brought-up on English Christmases of Charles Dickens and cold Decembers and sometimes the prospect of  snow on Christmas Day, the somewhat more downbeat and less frenetic Christmas of Provence has been an interesting contrast, with the church from our local village ringing out for Mass across the valley on a clear cold Christmas Eve, proving an interesting counterpoint to everyday life in the UK!

Those who read these blogs (so in this I include myself and our Golden Retriever Falco), will possibly recall my recent piece about RDO being the “thief takers” of the 2000’s – will be interested to hear that the “Bow Street Runners” or rather their modern day contempories have been  re-formed and as we speak are on the trail of some of our more troublesome fraudsters. More information to follow.

With the news that Brussels is not recommending any further legislation following the review of the second Directive and following hard on that , the news that Marriot Vacation Club International have joined RDO for 2016, maybe it was not such an annus horibilis – with all due apologies and respects to HM.

Dedication of the Ron Haylock Music Room in South Africa