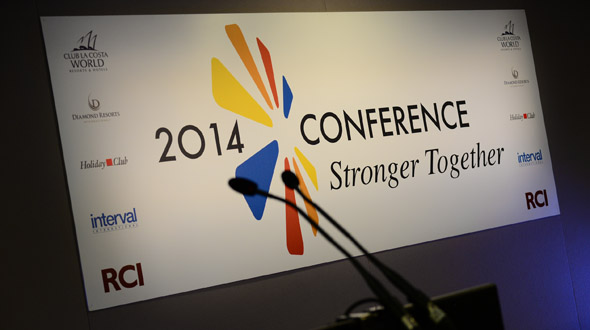 First thing on the second day of the RDO Conference – this is the question that always goes through your mind. RDO5, held this year in London again, after Gran Canaria in 2013, you are always worried if the programme and speakers have been right, the food OK etc. It is not really until the Gala Dinner that you can start to get the feedback on how it went from the delegates themselves – especially after a few drinks!

But it did look at the close of day 1 as though delegates were happy with the content of the Conference and the speakers. The theme was ‘Stronger Together” and we had a new Moderator this year  – Jeff Grout. After the Chairman’s opening remarks (which included a somewhat informal clip of Dimitris Manikis trying to skate in the rain in New York), we had BJ Cunningham’s tour de force on the story of “Death Cigarettes” and the whole issue of brands. To say it was  a great conference opener would be an under-statement – it was hysterical in places and his description of the European Court of Justice and the presiding French judge’s judgment was an absolute cracker.

It ‘s not possible to cover every session in this blog so those not mentioned please forgive me. I am only picking out the highlights. Michael Levie’s account of the running of CitizenM Hotels was fascinating and a refreshing insight on a new way to run a hospitality chain – with the emphasis on hospitality! (Their recruitment process wouldn’t shame that for the CEO of a major company!). Dean van Leeuwen’s session on how the generation gap influences attitudes and behaviours was hugely entertaining – interspersed with some great ads from around the world and had us all looking at each other to assess whether we were “baby boomers” or not! (Sadly most of us are!) The first day session closed with Don Harrill’s account of his time at Holiday Inns and Hilton and his move into timeshare in the USA that lead him ultimately to CEO Holiday Inn Club Vacations.

The afternoon was given over to two Breakout Sessions – one on Sales and the other on the new regulatory regime in the UK on credit and the growing risk from claims companies. In the latter session we were particularly fortunate in having Howard Lederman, an English barrister, talk about the Financial Ombudsman Service and the perils of ignoring claims, whether from owners or claims companies.

So we get to Saturday – Day Two via the Moonlight Party at the Oval cricket ground. This was opened with a very grounded and clear session on “Success” from Jeff Grout  – easy to follow with some great examples from household names. I don’t normally highlight industry sessions but the “Industry Self Regulation” panel session merits a quick mention as this opened up the whole question of how far and fast RDO is moving in this direction and at the end of the day, the lack of opposition to this move was encouraging for all those concerned with drafting proposals in this area.

This was followed by Louse Pentland – one of two daughters of Steve Pentland of Generator fame, talking about the YouTube Generation and her own “Sprinkle of Glitter” brand. Designed to give us “oldies” an insight into the “vloggers” and how to engage with the generation X and Y’s it was a highly amusing and frank assessment of how much has changed in social media and a great insight into how the current 20/30 something’s are thinking about products. A fascinating and very funny session from someone who is essentially a working mum, but who has grown a hugely and I suspect, very profitable business, from an original idea dreamt up one quiet Sunday evening. Do not be fooled by her “insouciance” this woman is going places and had some frank and refreshing things to say about the unacceptability of long sales pitches in timeshare – but loved the product!

The closing session was run by Gerd Leonhard, a Futurist talking about the digital transformation in the hospitality and leisure industries. OK I admit it, my brain definitely hurt at the end of this session but it gave you some real food for thought on where technology is going and I was able to impress my taxi driver later in the evening with my knowledge of where technology is going next – onwards and upwards at an ever increasing speed!

And that feedback at the dinner? It was good – the Conference Working Group had been focused on providing “take-aways” for delegates and listening to comments before and during dinner, there were a lot of these, as also evidenced by my own scrawled notes during the conference.

I think the last 2/3 conferences have shown how we can put together a conference to inform, entertain and challenge delegates whilst keeping it relevant – well I hope we have. As ever the real test will be repeating this again in 2016!

RDO – Too Much Enforcement?