Always Look On The Bright Side Of Life….. 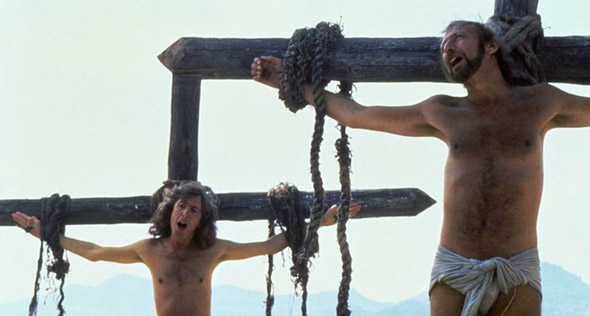 Always Look On The Bright Side Of Life…..

So the song goes, and when we heard last week of the second ruling of the Spanish Supreme Court against Anfi Sales, it is fair to say there was a degree of disappointment, but after some initial reflection and review, the Python’s song title comes to mind and we need to move forward.

The first ruling against Anfi Sales baffled most lawyers in the industry, as it appeared to fly in the face of the transitional provisions that the domestic Spanish legislation put in place back in 1998 to allow for existing timeshare schemes that were for more than 50 years. It is doubly baffling because at that time RDO members went to extreme lengths under direction of their legal advisers and Spanish notaries to register their schemes with the relevant Registries to ensure full compliance with the new law.

There is no doubt that the rogue companies will re-double their efforts to lure timeshare owners into paying out money on a promise of compensation to be had by joining various class or individual actions against the industry in Europe.

We need however to be clear about this and RDO and its members need wherever possible to deliver a very clear message to the media and to their owners who may be tempted by the prospect of some easy money, and /or may want to exit their timeshare but don’t know how to.

Firstly, this ruling can only apply to Spanish law contracts and most timeshare contracts in Europe are not based on Spanish law. Secondly the Supreme Court in the first ruling left undecided the issue of usage over the years by the owner whose contract had been declared null and void (and that usage was considerable), we will wait to see how that is resolved, but the compensation due back to the developer could well nullify the original contract sum paid. Further it is believed these rulings are limited to a specific period when these contracts were sold as the subsequent law clarified the transitional issues. Lastly it should not be forgotten that first Supreme Court ruling is the subject of a request for leave to appeal to the Spanish Constitutional Court, which it is understood, has the capability to overrule the Supreme Court .

So we need to be clear, while none of this is exactly welcome, there is much still to be decided and there is now ample provision for those “legacy cases” where timeshare owners don’t want to resell, to obtain exit from their timeshare. Nor should we forget that the product is still being enjoyed by over 6 million families worldwide – 1.4 million of whom are here in Europe.

I had initially decided to head this “There may be trouble ahead….” as the refrain from that songs also goes “let’s face the music and dance” This song by the way was by Irving Berlin and written for the film “Follow the Fleet” and there is a great YouTube clip of Fred  Astaire and Ginger Rogers dancing to it (“Fred who?” as my 18 year old said when I played it).I therefore decided to change it to the song title from “The Life of Brian”. There is no doubt that I am definitely feeling my age!