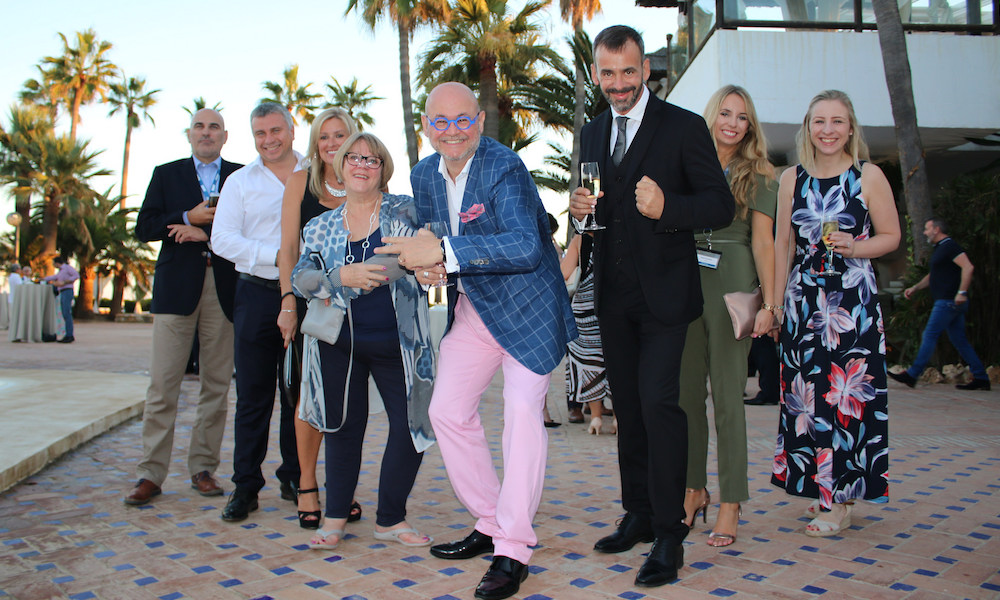 For those of you who are not Latin Scholars (including myself – 14% at Common Entrance), Ave atque vale means hail and farewell. This comes from Catullus 101 (Wikipedia is a wonderful thing), the poem to his dead brother or rather to his ashes, but may in fact be Greek in origin, which is very apt as I was using it in a “Greek” context. These last few weeks we have had to say farewell to two stalwarts of the industry – Dimitris Manikis who has left RCI after 27 years to take up a similar but expanded role at Wyndham and Henry Bankes, who as Legal Advisor to RCI Europe is joining Platinum which is Wyndham’s former rental group which has now been sold  (not sure how many years Henry has been at RCI but certainly he was in post when I joined so that’s at least 10 years).

Both with be sorely missed for their contributions to the work of RDO over the years – Henry on the Legislative Council and Dimitris on the Board and Conference Working Group. On a personal level, I have sought advice from both over the years on industry issues and valued their opinions highly. On Council and Board they have always provided timely and apposite advice. I am sure we all wish them well in the future and hope our paths will cross from time to time.

At the same time as we see departures of old friends from RCI, we hear that Robin Mills will be replacing Dimitris at the helm of RCI in Europe and we all wish him well in his new role. Robin will complete his role as Chair of the Conference Working Group (and moderator at RDO 9), before standing down from the Communications Council and Conference Working Group Chairs. As I understand it, he will be representing RCI on the RDO Board, which is good news indeed.

Arrangements for RDO9 continue to accelerate and we have been delighted by the response to our invitation to owners’ committees (I am afraid we have adopted the US term HOA’s because it is so much easier), to attend a meeting on the morning of the Conference (12thSeptember) in which ARDA ROC Europe will participate to talk to HOAs about their concerns and priorities and how the industry can help – at this time we have over 40 resorts being represented and an online questionnaire is to be circulated, to prioritise the issues that most affect owner run resorts, particularly in the UK. I am grateful to both ARDA and FNTC who will be jointly sponsoring lunch for the attendees who have also been invited to attend the afternoon’s breakout sessions if they so wish (see www.rdoconference.org for the subjects being covered).

Recently I spent an interesting few days in Turkey at the invitation of the relatively young Turkish Timeshare Trade association and RCI at a Symposium on timeshare legislation which was attended by Government and Supreme Court officials. It was an intense few days of workshops and plenary sessions and I hope the information I was able to give on how RDO worked etc was of help to them, hopefully we may see some Turkish delegates at RDO9 and RDO may be able to help the industry there with some advice and support for their association.

On the enforcement front, those of us who had been warned as prosecution witnesses in the Regina v Madden and Others trial at Bournemouth Crown Court, were no doubt heartened to heat that the principle defendant had pleaded guilty at the beginning of the trial after lengthy legal argument, to three charges of running a business for fraudulent purposes and was sentenced to a total of 40 months imprisonment. Another defendant was given a 12 month conditional discharge for breaches of the timeshare regulations and the other two were formally found not guilty.

In closing, please take a look at the new owner’s site www.aipo.org which has just gone up and is our joint venture with AIPP. More on this and all the rest of the news of course at RDO9 – delegate booking is now open!