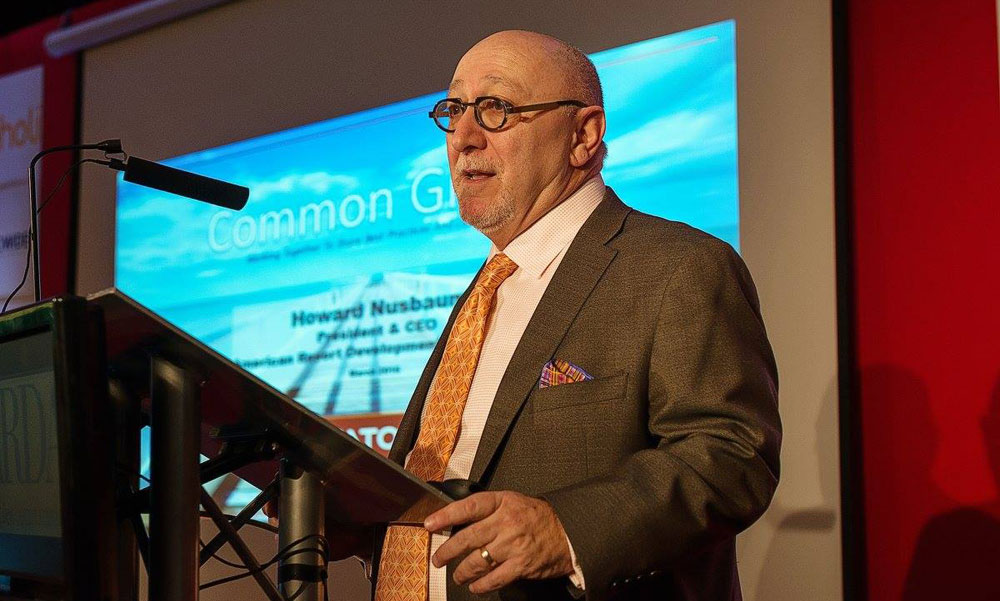 Last Saturday I was at the TATOC Conference in Warrington giving a summary of the work RDO has been doing since last year’s conference. Rivetingly entitled “RDO Update” – my fault I should have submitted a better title – but at least Robin Mills changed it on the day to something more appropriate – “Annus Horribilis” as quoted by Her Majesty of the year various Royal Marriages came unstuck – Prince Charles, Princess Anne and Prince Andrew as I recall it. In contrast Howard Nusbaum President and CEO of ARDA, gave a round-up of the US Market later in the day and the word “contrast”could not have been more appropriate.

Regrettably, I couldn’t stay for the dinner on Saturday as I normally do and on the train back, started to reflect on the difference between the two presentations and regretted not asking Howard during his Q&A session afterwards for his comment on the contrast. I will explain.

Sue McNicol and I, put together a presentation, which centered on the major planks of RDO’s activity these last 12 months. I would expect and hope that any member asked to name the two most important issues the industry faces in Europe at the moment would cite – firstly the Spanish Supreme Court rulings and secondly on-line fraud against timeshare owners. So it was that I majored on these two, with reference also to the Digital Media programme and everyone’s favourite – Brexit (or “don’t get me started on that one again”).

In contrast Howard’s presentation – after a gracious apology for his fellow countrymen having elected Trump (his personal view of course not ARDA’s), took us to the sunny uplands of improved sales in the USA, the use of the digital media to promote timeshare over other forms of holiday in the US and with passing reference to problems with resales and the publishing of owner’s lists at resorts. Overall it was a very optimistic summary and of course presented with Howard’s usual professionalism and wit.

It was only after, on that train back to London that I realised I should have asked him how he accounted for the difference between the two presentations. Can it be explained by the fact that as Europeans (I can still say that at the moment I think) we tend to be somewhat “glass half empty” or to put it more succinctly “negative gits” whilst in general our cousins across the pond tend to be more inclined to see “the glass half-full” or are they just naturally more upbeat and optimistic in general? Now admittedly Howard had the back-up of all the figures from the new ARDA World Report at his disposal whilst as for RDO, I have always been of the view that presenting the latest European Sales figures to a TATOC audience is not hugely interesting to them, whereas I concede that the US figures to a European audience will be of interest. Was that stark difference merely a matter of presentation or does it reflect currently a profound difference in the two markets?

I don’t have an answer to this at present and I would have liked to have asked Howard for his views, sales are of course taking place here in Europe and we do have the latest European and Middle East figures which have just come out in the report .We continue however to have a generally hostile media certainly here in the UK and in Germany – with a few notable exceptions and some fairly slick organisations prepared to throw large amounts of money at ways of using very dubious if not fraudulent tactics to relieve money from timeshare owners for a service they can get free of charge from RDO members.

Are we too focused on the negative at present – do we think our glass too half-empty? Maybe we should pick this issue up again at RDO8 in Marbella in September?

Either way it would be good next year to be able to report an “Annus mirabilis” and I am assuming everyone knows what that means – even me (14% in Common Entrance Latin notwithstanding!) and I would extend that to Harry and the TATOC team as well.

Shouldn’t close without reporting a generous donation of $30,000 made by ARDA ROC at the Conference by Howard, to the TATOC Helpline for supporting US owners in Europe on timeshare holidays – the “special relationship” is alive and well – Trump notwithstanding!