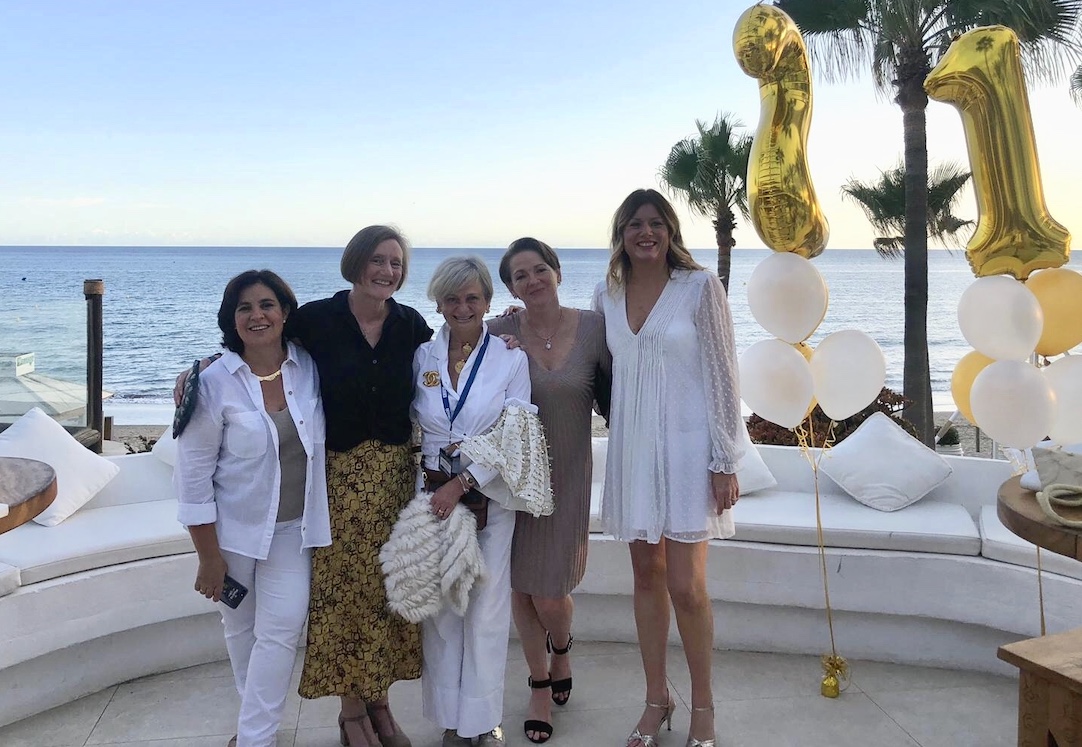 That was the email I received the week-end after the RDO 10 Conference ended in Marbella, Spain on 12th September. Although I am usually pretty upbeat about our Conferences, I did leave this one with a very real sense of positivity, and this was despite my travelling back on Friday 13th from Malaga, which for some reason is always a bad airport for me, and lived up to its reputation this time.

Word of warning to all UK citizens – do not lose your passport on a Friday – it takes at least “two working days” for HM Government to crank its machinery up and issue the hapless traveller with an “emergency passport” and as this was a Friday, as the very charming lady at the British Consulate in Malaga explained – it would most likely be the following Wednesday before I could pick it up from said Consulate. You may think that an extra week-end at the Don Carlos (fully booked) would have been a bonus but the thought of having to justify this extra expenditure to Declan Kenny, RDO’s Treasurer, did not fill me with confidence. I should explain that having displaced both passport and mobile phone, I was at somewhat of a loss at the airport on how to deal with this and traced my steps back to the Don Carlos. It was the best move I made that morning, as with the help of Interval’s Jose Miguel Echenagusia and FNTC’s Philip Broomhead we managed to track down my phone to the Security area at Malaga Airport using the “find my iPhone app” and with their help and that of a very persistent member of the Don Carlos Reception staff, I managed to get back to London about 10 hours later than I had planned (By then nothing could phase me and the fact the power was turned off at Clapham Junction so all Gatwick trains were diverted didn’t cause me more than a minor irritation.)

That said these events did not detract from what was a really positive and exciting conference. The Wednesday afternoon featured two educational sessions – the ever-popular Legal Session, but also a session on inventory management, hosted by executives from Club la Costa and Diamond Resorts. This proved to be a very educational and well received session.

There is an excellent account of the Thursday sessions in the latest RDO News, but from the initial key note speaker – Leo Johnson, Disruption Lead at PwC – what a job title. He gave delegates the choice of hearing about “the dark side” of what is to come or just the “light”. True to form delegates went for the dark side and Leo let us have it with both barrels as they say. After an hour we were reeling with the shock but he did eventually lead us up into the somewhat more sunlight uplands of a better future, but he left us all wondering what a world we were leaving to our children. Rarely have I heard delegates spend so much time discussing the keynote speech – he left a truly indelible mark on all of us.

But we were not to be spared – that was followed by Daniel Hulme from UCL, London, who gave us an exposition on the fast moving development of AI and what it could mean for the industry going forward. There were also insights into the workings of Trustpilot, something many resorts are interested in and use and Ste Davies took us through the development of the internet in terms of how businesses have used it as. a marketing tool and steered delegates to the latest phase of its development and the fact that brands and businesses have moved away from the social media platforms, concerned about privacy and information capture by these operators. Influencers are now the main trend.

The afternoon session had a detailed report from Kwikchex’s Chris Emmins on the substantial progress he and his team have made this year against the fraudsters and delegates heard about the successful launch of the new timeshare owners association – EUROC. Nigel Howells Chair of Craigendarroch Resort in Scotland and Deputy Chair of EUROC delivered an eloquent rationale of why those remaining owners’ committees across Europe not yet committed, should be joining this year.

The closing session “The Next Chapter” was a marathon session with a panel fielding questions from delegates and the moderator on the future direction of the industry and the opportunities and pitfalls ahead.

The day finished with a 21st Birthday Party for RDO at the famous neighbouring Nikki Beach Club. In addition to the great food, delegates were able to party the night away until the early hours.

You can come away from such conferences thinking that events or sessions could have gone better or been better thought out. I have to say that as RDO conferences go, this one will be hard to beat. The bar has been pushed even higher for next year!

RDO’s new chairman of the Board announced