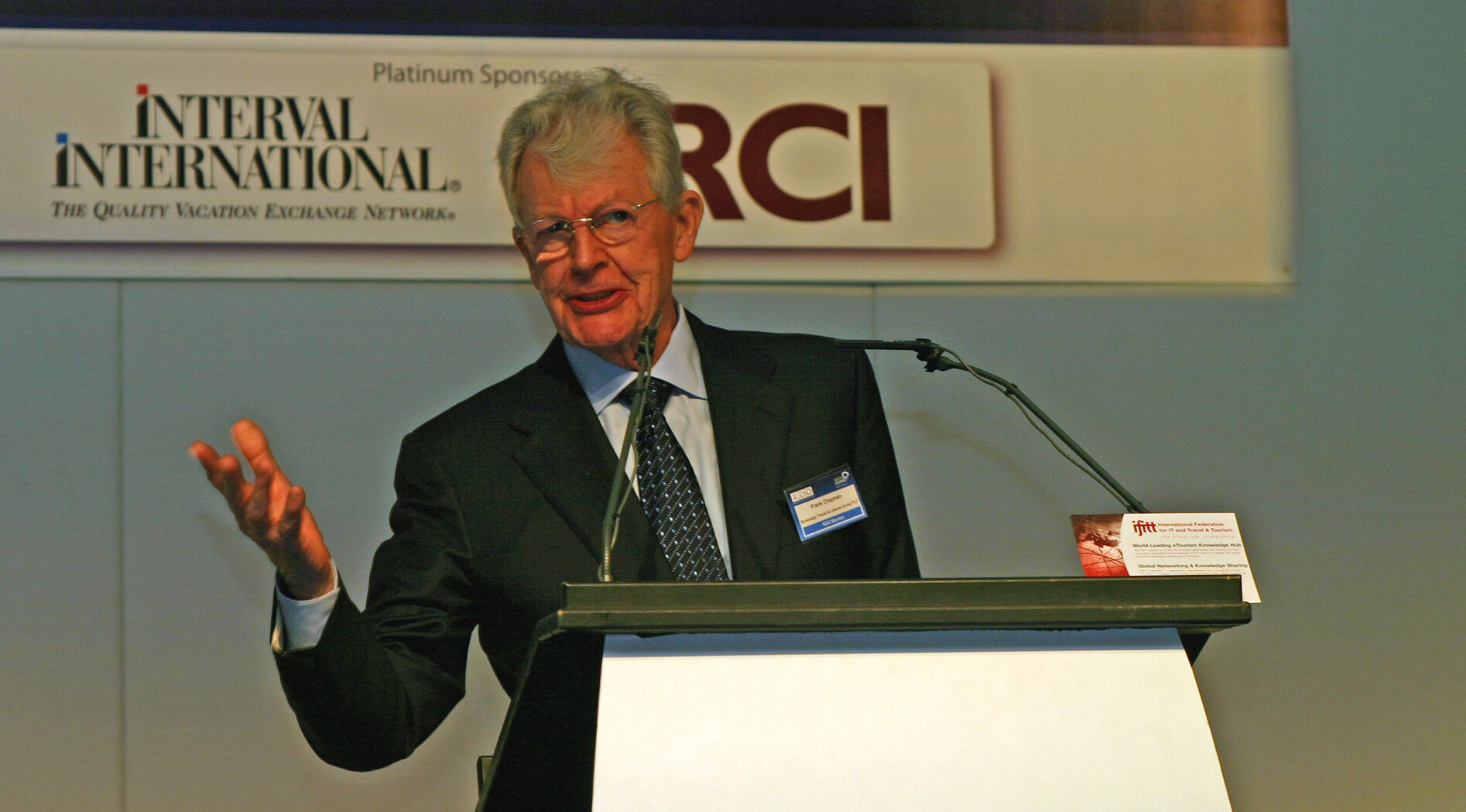 RDO is saddened to announce that industry pioneer and former RDO Board member and Chair of the UK Chapter, has died aged 91.

As anyone who had to pleasure to spend time with Frank will know, he had a long, varied and fascinating career, starting with 17 years at sea, during which time he became a Master Mariner, followed by a spell selling properties in the Bahamas.

In 1974 he purchased two hotels in Scotland, the Loch Rannoch Hotel in the Highlands and the Forest Hills Hotel in the Trossachs. Planning permission was sought for the construction of multi ownership lodges at Loch Rannoch – the first timeshare lodges in the UK were opened in February 1976.

The concept was extremely successful and construction commenced at Forest Hills the following year, and again in 1978 at his third resort Plas Talgarth in Snowdonia, Wales.  All three resorts enjoyed an international reputation and were backed by the Ministers of Tourism for Scotland and Wales.

In 1982 Frank sold his company to Barratt Developments and at the time of his departure, there were nine resorts, some 23,000 owners and Barratt Multi-Ownership and Hotels, as the company had been renamed, were the largest developers in Europe.

Among his other activities Frank also formed a medical research company looking for a cure for cancer. He also teamed up with Barratt colleagues and purchased the internationally renowned health resort Champneys, with Frank owning 40% of the company.

In 1991 Frank became a partner in Clowance, a resort in Cornwall which consisted of 40 luxurious ‘A’ Frame lodges.  He considered the resort to be absolutely magical and focused on expanding and improving it, resulting in 108 units, a superb leisure centre and a nine hole golf course. He sold Clowance to Seasons Holidays in 2006.

In 2019, after dedicating some four decades to the industry and its trade bodies, Frank stood down as RDO Board member and Chair of the Timeshare Council to concentrate on his other business interests, one of which was the development of Highbullen, a hotel in Devon. With the help of his daughter Susie, he restored Highbullen to its former glory and the hotel, restaurant and many of the facilities underwent extensive refurbishment to create what is now a Gold Award winning, leading hotel in north Devon.