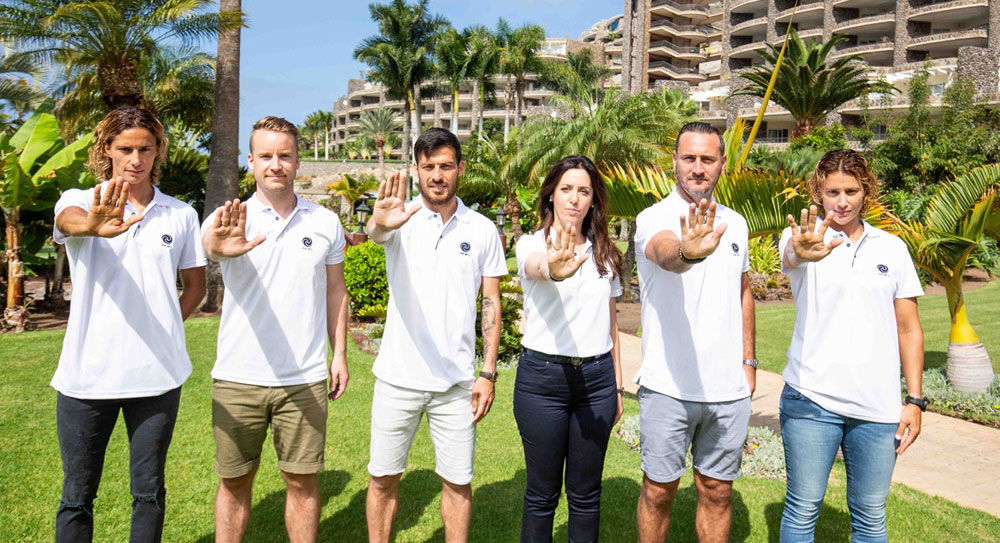 The recording features individual messages in different languages and a final image from the Anfi employees, with one hand raised, demanding an end to gender violence.

The sequence, which lasts just one minute, also incorporates Czech cyclist Román Kreuziguer as well as Anfi staff of varying nationalities, who pay a heartfelt tribute to their colleague Yurena López, a chambermaid, who was killed by her partner two years ago.

David Silva, whose mother worked as a chambermaid for Anfi when he was young, said: “We want to call on society to eradicate gender abuse. We must raise our voices and condemn these despicable actions.”

The video’s introduction features British actor Will Mellor, who stronglycondemns gender violence and calls for society to respond and prevent 170 deaths per day worldwide.

“We must all get involved to the fullest so that future generations can live in equality and without discrimination,” he says.

This campaign will have an international reach and is part of the ‘Anfi Cares’ programme, an initiative for social corporate responsibility in which the company is “absolutely committed”, according to a company communication.

Anfi’s marketing director, Celia Fonseca, said the campaign intends to “stir consciences and aims to go viral and be viewed, if only through our ambassadors, by about eight million followers. Every effort will be made in the fight against this threat”.

At Anfi, they remember ‘Yure’ – as her friends and colleagues at Club Gran Anfi called her – and demand “maximum rejection of this social scourge which seems never ending, we have to stop it between us all”.

Yurena’s death is one of thousands throughout Spain over the last decade and 70 in the Canary Islands alone, and Anfi is keen to shows its “most forceful opposition against barbarism” that involves the mistreatment of any person and declares “absolute social rejection of sexist violence in any of its manifestations”.

Promoting models of coexistence based on respect and education must be decisive in eradicating violence, according to Anfi, close to 60 per cent of the group’s 1000 employees are women.