Are We Becoming Today’s Thief Takers? 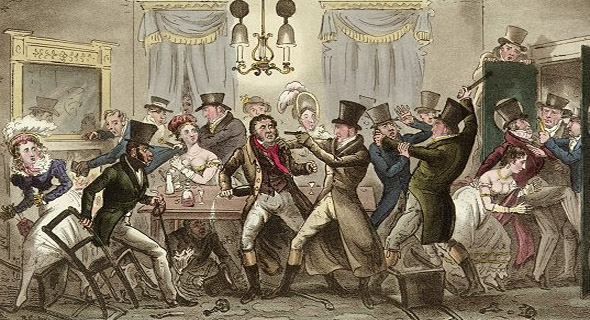 Are We Becoming Today’s Thief Takers?

It is no secret that RDO has been battling with the on-line fraudsters over the past few years – fraudsters who damage the reputation of the industry, leave consumers cheated out of their money and legitimate developers losing valued owners who are poached/tempted by offers that never come to fruition.

Before the solicitors representing some of these organisations start reaching for their writs in contemplation of issuing defamation proceedings, let me make it clear that I have no intention here of naming any individual organization at this stage. Not for fear of being sued – RDO has amassed ample evidence against a large number of these organisations – but merely because I have no wish to be diverted by the mock outrage the average solicitor seems capable of exerting on behalf of his client’s questionable, to say the least, activities.

Some history here – in my formative years – i.e. before the internet was common place ( I am old enough to remember those days) and also when we didn’t have mobile phones – how did we survive? I spent a large a number of enjoyable years travelling the east and central Midlands as a criminal law barrister – mainly defending, sometimes prosecuting (defending was more fun as you could get away with so much more in court). Life seemed simple in those days  – most defendants were not the type of criminal portrayed in the media, very few if any would say  “it’s a fair cop” when arrested and a good deal of argument in court was spent on what the defendant did or did not say to the police when questioned under caution. There was a fair amount of, let us call it “creative writing,” on behalf of the forces of law and order in those days as at that time interviews were not taped and police officers would rely on their notebooks for what was supposed to have been said. The sad truth was that most of those one defended in court were often disadvantaged in some way, socially inadequate, had serious addiction problems or just plain stupid. I suspect today’s bright-eyed and keen young barristers find the same thing. This is all rather a long way round coming to the point (or not) of this blog.

In what were probably not halcyon days, but may seem so now to me, things were fairly black and white. The Police chased and arrested the criminals, the evidence was gathered and the case brought to court – we all knew where we stood in the world of crime and punishment. What is now proving so desperately disappointing is that the internet, having opened up a whole new inter-connected world, has created an environment where white collar criminals and educated people can defraud timeshare and would –be timeshare owners almost at will, with the authorities seemingly incapable of bringing these people to book, because they have neither the manpower nor the funds. So, organisations such as ours are increasingly having to do it themselves. Pursuing these people using our own resources and funds.

In a way in the UK and I suspect likewise in Spain, where RDO is also very active – we have come full circle – in London and other big cities in the 18th century we had “thief takers” who were hired by the victims of crime to apprehend the perpetrators and bring them to justice, but more importantly restore stolen property to the victims. The most famous of these, one Jonathan Wild, slightly lost the plot after a while and ended up using his own gang to steal the goods and then return them to the owners for a reward! He ended up being hung at Tyburn in 1725. In 1749 the London Bow Street Court Magistrate, Henry Fielding (author and playwright), set up the “Bow Street Runners” whose job it was to arrest criminals and bring them before the Magistrate – they were led by one Saunders Welch and paid by Fielding out of the public purse and are generally regarded as the forerunner of the modern Police in England. They were disbanded in 1839.

So the reality is that we are very much thrown back on our own resources and self-help is the order of the day. It only goes to prove – there’s nothing new in history! Anyone fancy joining up – long riding coats and stout sticks will be provided?!

United We Stand, Divided We Fall…….