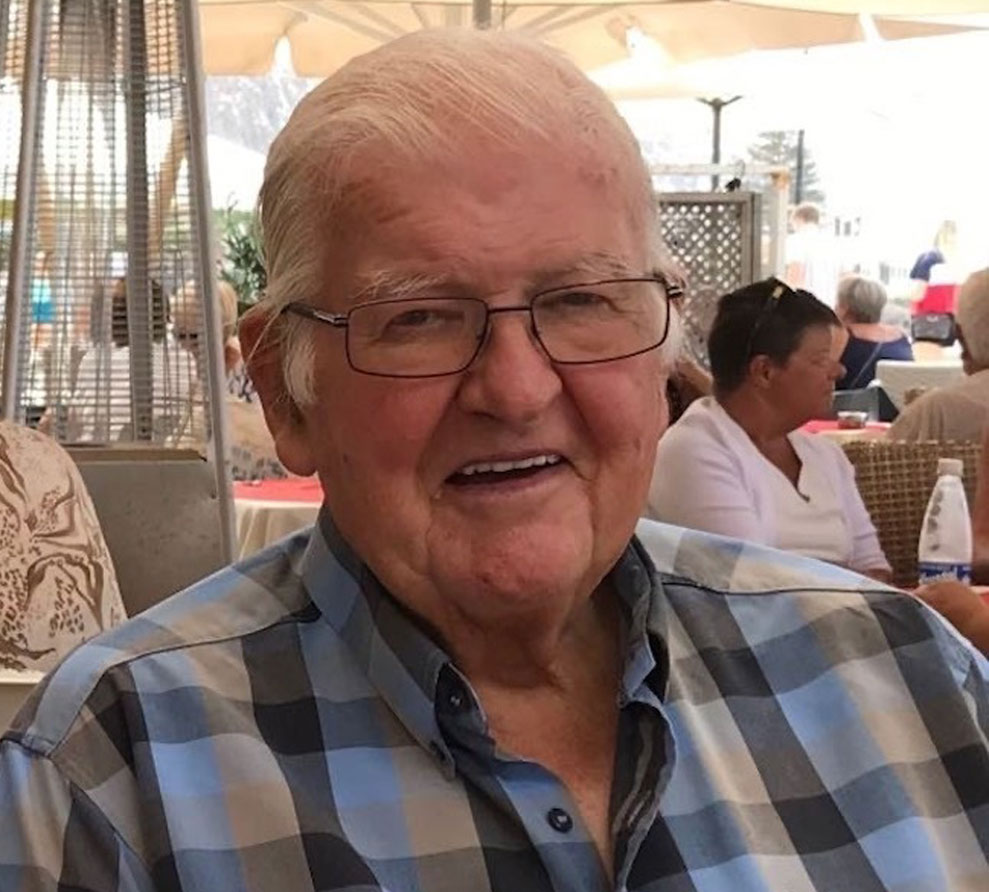 We are very sad to announce that European timeshare veteran and former RCI marketing director, Colin Collins, died on 5 March.

The popular industry stalwart passed away in Tenerife after a brief illness, aged 82.

Colin stayed with RCI until his retirement in 2000 and, among many achievements, was instrumental in the development of RCI Points, the industry’s first global points-based holiday exchange programme.

He was a larger than life figure – well-known, liked and admired by colleagues and industry professionals from across the world, many of whom will remember his lively contributions as master of ceremonies and panel moderator at RCI’s annual European timeshare conferences during the 1990s, as well as his presence at other industry events.

Colin also played a key role in the creation of Europe’s first industry body, the Organisation for Timeshare in Europe (now named RDO, Resort Development Organisation). Prior to that, he visited Tenerife to attend meetings of the Canary Islands’ Timeshare Resorts’ Association (CITRA) – an industry body that laid the foundations for OTE. He visited the Canary Islands regularly during the timeshare boom of the late 1980s and early 1990s, and loved Tenerife so much he bought a second home there.

Former colleague Diana Aitchison, director of RCI Resort Services until 2002, and now trustee and chairman of Christel House Europe, acknowledged Colin’s role in helping shape the timeshare market in Tenerife. She said: “Colin asked me to open the office in Tenerife at the end of 1989 as the market down here was really growing at that stage. He used to come down here once a month, from Friday to Tuesday, to visit resorts and support them with presentations at sales meetings and generally work to make sure resorts got the support they needed for their sales teams.”

Colin was also a keen supporter of Christel House, the children’s charity established by RCI founder Christel DeHaan and which has become the timeshare industry’s charity of choice.

DeHaan paid tribute to Colin’s work for both the charity and RCI. She said: “Colin was a pioneer. His passion for the timeshare industry, his ambition for RCI to be the leading exchange company and his willingness to partner with developers on how to best succeed and deliver on promises made to customers made him a tour de force in our business. RCI will forever honour him and thank him for his many contributions made to the timeshare industry as a whole.

“Although Colin could be a tough negotiator and a steely adversary, at his core he was extremely caring and generous. We saw that in spades when he interacted with our Christel House kids.

“Colin will be much missed. He left his mark in so many ways, and that is what made him a truly extraordinary person.”

Robin Mills, vice president, Business Development, Europe, Middle East and Africa – RCI Exchanges, said: “Colin was a trusted friend and colleague and will be remembered by his friends as a larger-than-life character and a true advocate of the European, as well as global, timeshare industry.

“He was incredibly passionate and inspired many of us who worked closely with him throughout his career, making an exceptional contribution to RCI and Christel House. Our deepest condolences are with his family at this time.”

Colin was part of a close and loving family and will be sadly missed by his wife Maggie, daughters Emily, Sophie and Katie, and their extended families.

The funeral will be held at All Saints Church in Wilbarston, Northamptonshire. Full details will follow in due course.

Colin’s family would welcome donations to Christel House in his memory, which can be made via the following link: http://uk.virginmoneygiving.com/fund/colincollins