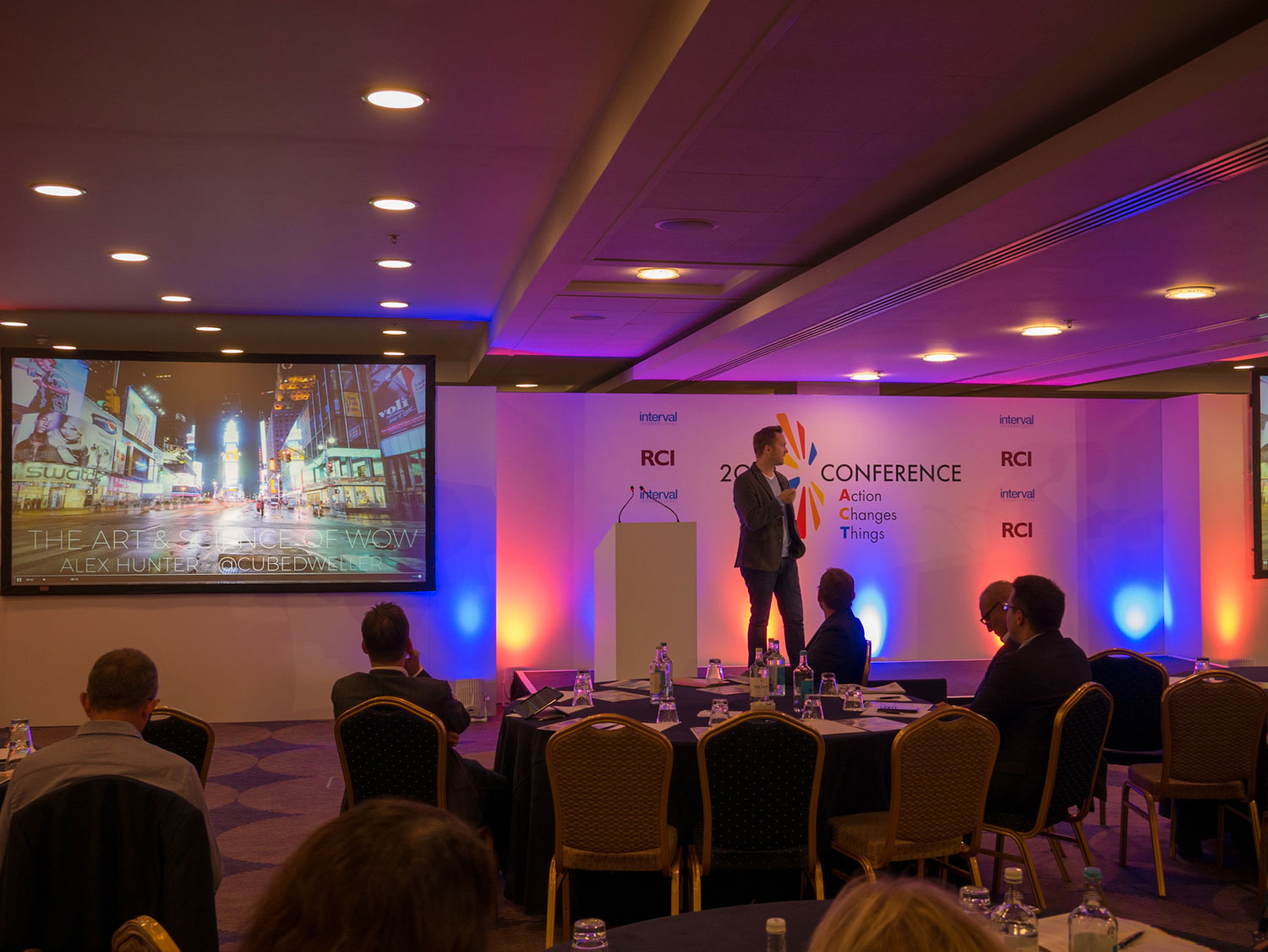 In an incredibly short space of time the power in the relationship between consumer and brands has shifted massively towards the consumer. This is due In large part to the widespread prevalence of high-speed internet, powerful smartphones, social networks and consumer review sites. As the usage of these modern tools continues to grow, it means that increasing numbers of consumers have an incredible access to a wealth of information, including while on the move.

For example if someone is out and about shopping, they may want to find out a great local restaurant or cafe to enjoy a meal. With their phone they can easily and quickly check Tripadvisor (or alternative sites) and compare options, then make a decision. This style of consumer decision making is likely a lot more prevalent than many brands realise; TripAdvisor alone has a community of 455 million average monthly unique visitors, and over 600 million reviews and opinions (TripAdvisor, 2018).

As a result, your hotel/resort can no longer simply rely on unquestioning loyalty from your guests and instead needs to not only meet, but exceed customer expectations, as discussed by Alex Hunter during his recent highly insightful RDO9 Keynote presentation “The Art & Science of WOW!”. As he mentioned during his speech, while there are brands such as Apple that have extremely strong customer loyalty, this is by no means guaranteed and this loyalty has been carefully fostered and nurtured by creating what Alex called the Loyalty Loop.

Simply providing a service or product, even if they are great, isn’t enough. Instead, your brand needs to be able to evoke a positive emotional response from individuals when they use your service to keep them coming back. As Alex discussed, this doesn’t necessarily have to be big grandiose gestures, but instead it is so often the small stuff that really counts; moments of delight that create a positive emotional feeling from consumers for your brand.

A great example that Alex used during his presentation was from a hotel he went to in New York. The first time he stayed at the hotel he was asked to fill out a short questionnaire which included the question “What kind of snacks and drinks do you prefer?”. At first he found this slightly strange but answered anyway, adding Diet Coke as his favourite drink. Then after going out for a while, upon returning to his room he discovered a selection of his favourite snacks and a fridge full of Diet Coke. There was also a handwritten note saying something along the lines of “Dear Alex, Thank you very much for choosing our hotel. We hope you have a great stay and enjoy your snacks and Diet Coke.” signed by the hotel management.

From that moment on, now everytime that Alex goes to New York, he stays in that particular hotel, as through that fairly small but nonetheless significant gesture of personalisation he now feels an affinity to them. They were able to surprise and delight him and capture his loyalty. Not only that, but now everytime he goes back there is a personalised handwritten note from the management wishing him a pleasant return stay, along with another fridge full of Diet Coke!

What brands need to bear in mind is that customer expectations are rising all the time due to technology and growing levels of choice, so rather than treating your customers as simply another transaction, form a relationship with them. While technology has shifted the power to consumers away from brands, by using technology such as the vast levels of data that brands now have on their customers they can much more easily create personalised experiences, such as the Diet Coke example. There are countless other examples of personalisation across a wide variety of different businesses, like on Netflix or YouTube which suggest other shows or movies to watch based on previous viewing habits. 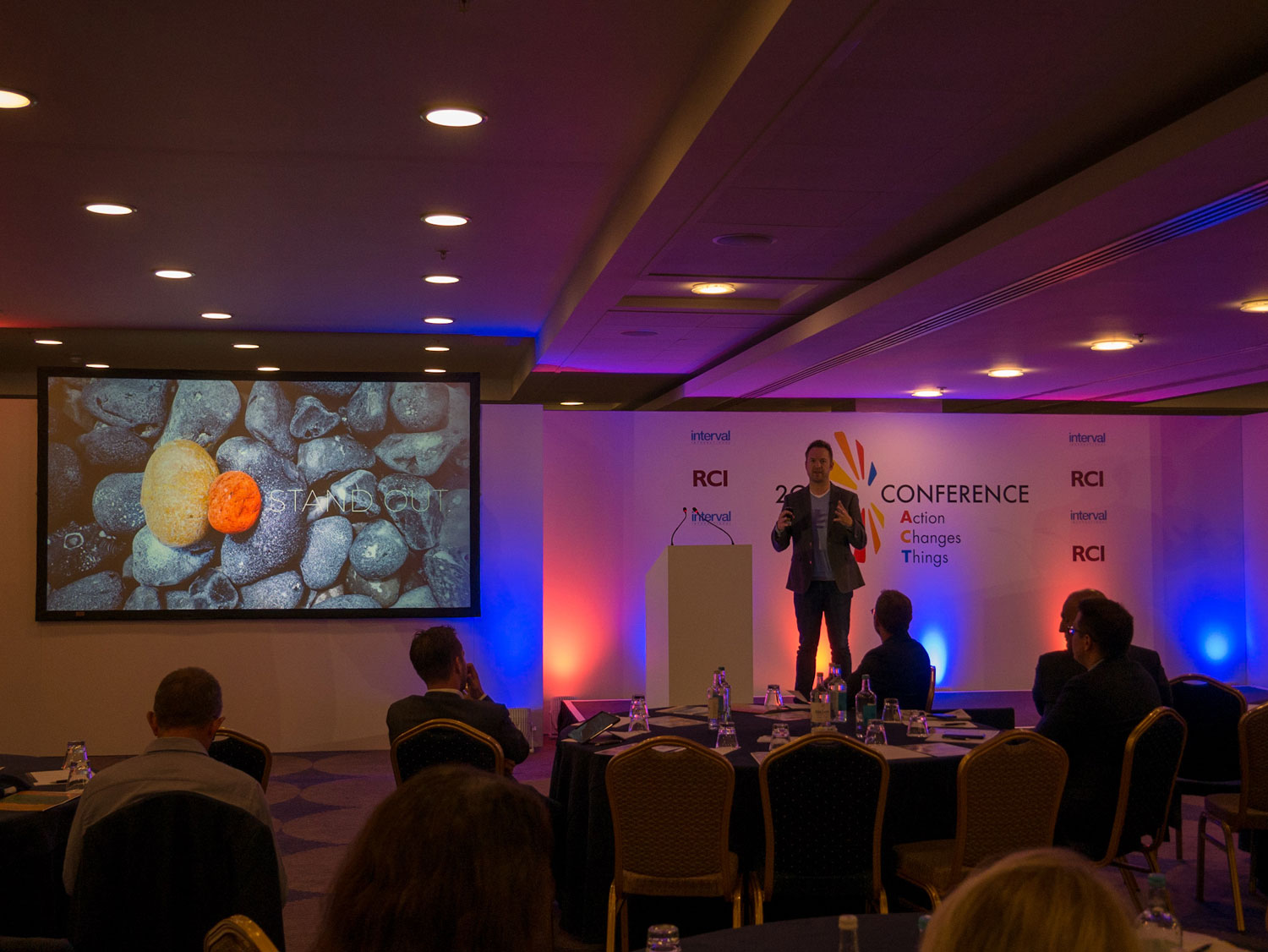 As Alex stated in his talk, although wow is a fairly overused word in some respects, it is still the emotional feeling your company should be aspiring towards creating for your customers to transform them from a one off transaction into a long term loyal relationship. Timeshare resorts are in an excellent position to continue the positive relationship they have with their owners. In order to continue this though, rather than simply taking this loyalty for granted, the experience of staying at a resort needs to be further personalised and there should be moments of surprise and delight which evokes the feeling of wow within your guests.

In a world where more and more of our time is spent in front of screens such as mobile phones or computers and we are increasingly dealing with AI or automated systems rather than people, it is more possible than ever for your brand to stand out by knowing your audience and treating them as individuals rather than just a transaction.

As Alex suggested, 200 handwritten notes creates a far greater impact and possibility of loyalty than 20,000 anonymous letters. He was once sent a letter from his bank which started with “Dear Sir” rather than his name. This level of anonymity dismayed him so much that soon after he switched bank. Brands within any sector of the economy, including the travel and tourism sector need to realise that it is now easier than ever for consumers to switch, especially with the large number of price comparison websites and review websites.

Another important concept for brands to understand, is that for consumers the distinction between online and offline doesn’t exist anymore. People expect to be able to interact with brands across multiple platforms and offline such as by phone or in-person. The brands that realise this and facilitate this process are the ones that more people will decide to stick with, because they will feel they are being listened to and dealt with more effectively, efficiently and personally.

A great example of this is KLM Royal Dutch Airlines which answers customer queries on Twitter in 10 different languages, 24/7 with their dedicated social media team. In addition to this KLM now offers a new service in which customers can receive their flight documentation via a Twitter Direct Message. After booking their flight, customers can choose to receive booking confirmation, check-in notification, boarding pass and flight status updates via social media.

KLM is definitely one of the best examples of a company that has fully embraced social media as a way to personalise the customer experience and facilitate queries and transactions for them and through this creates the wow factor. Through social media and other forms of technology such as messaging apps like WhatsApp and Facebook Messenger, your resort can create that level of personalisation that leads to greater loyalty. Now through social media, the relationship between consumer and brand becomes open-ended as people share their experiences with friends, family and even complete strangers. Your brand should become part of this conversation, in order to create a stronger, more personalised connection.

Overall, the client/brand relationship has changed considerably and probably forever, through a combination of different factors facilitated by vast technological changes and buying habits. It is important that your brand gets to grips with these changes as soon as possible and embraces them in order to not get left behind. Rather than seeing these changes as challenges, view them as opportunities to better understand your clients and create the feeling of wow to form that all important Loyalty Loop!