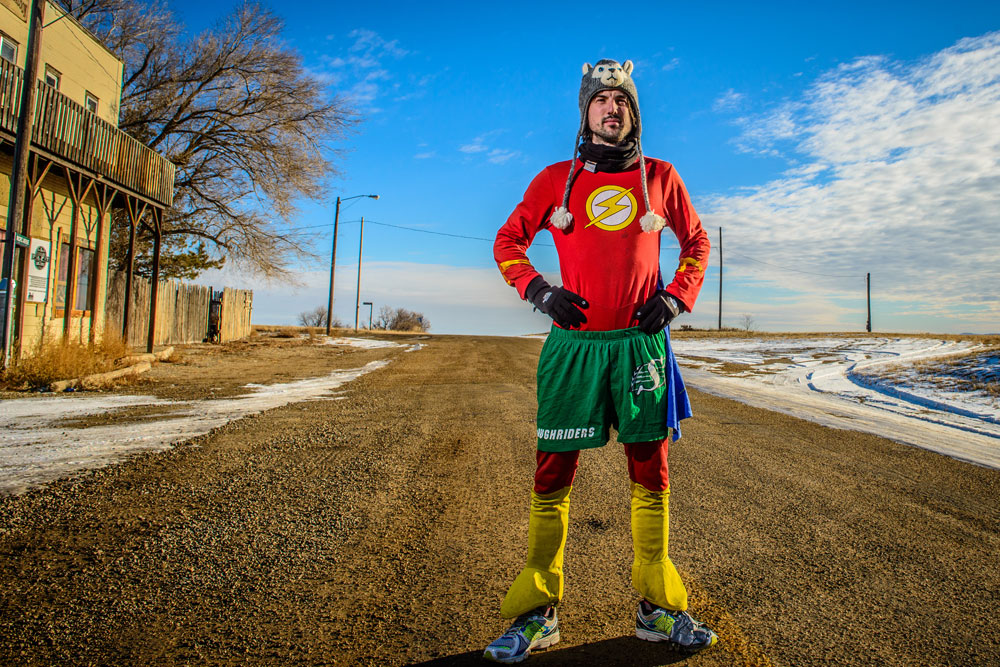 RDO is delighted to confirm that Jamie McDonald aka Adventureman will be one of our exciting keynote speakers at this year’s RDO8 “Together Towards Tomorrow” Conference which is taking place at the Don Carlos Leisure Resort & Spa located in Marbella, between the 10th-12th September 2017. Jamie is a fantastic addition to our lineup of motivational speakers as someone who will be able to offer a totally different perspective for attendees at RDO8.

All of the inspirational individuals that have been picked to speak at RDO8 bring something unique and compelling to their presentations which are sure to get the audience thinking. Jamie has accomplished physical feats of endurance that few other people on earth would even imagine attempting though, which is how he has earned the title of Adventureman. Some of the challenges that he has set himself and overcome would seem almost crazy to most people, but to him it is all about setting yourself goals that you can work towards and beat. It doesn’t matter the size of these goals, the importance is having them in order to continue to push yourself to achieve, rather than standing still.

The incredible accomplishments and records that he has broken are even more astonishing considering he spent the first nine years of his life in and out of hospital with syringomyelia, a rare spinal condition. On top of this debilitating disease, Jamie suffered from a very weak immune system and epilepsy, meaning his health in general was very poor and his family even feared he would never walk! Through a combination of excellent treatment at Gloucestershire Royal Hospital and Great Ormond Street Children’s Hospital in London and his own determination to become more active, the symptoms of his health problems eased.

It was the help that he received from these two hospitals that spurred Jamie on later in life to want to give something back. 20 years after he overcame these health issues he decided to set out on an amazing, self-funded quest to raise money and awareness for the hospitals that supported him. What he set out to do, is nothing short of incredible. After buying a second-hand bike he decided to cycle 14,000 miles from Bangkok, Thailand to his hometown of Gloucester, passing through dozens of countries along the way. Of course the distance itself was tough enough, but Jamie also endured sleeping rough along the way, being arrested and even shot at. Thankfully he survived to tell the tale and documented his journey along the way which he posted on YouTube.

Despite the overwhelming challenges of this journey, it proved to Jamie what the human body is capable of and what you can overcome if you set yourself a goal. Before he took this challenge he was never an avid cyclist, but he had managed a feat that even dedicated cyclists wouldn’t dream of attempting. From this adventure he raised tens of thousands of pounds that benefited the children’s ward of Gloucester Royal Hospital!

Instead of being satisfied with accomplishing this astonishing goal, this set Jamie thinking about what else he could achieve. We don’t want to spoil the surprises of his presentation though, so we will let him tell you about what other incredible challenges he overcame during his keynote speech at RDO8. One of the biggest things that his first cycling challenge proved to Jamie though, is that ordinary people can do extraordinary things and inspire others.

When he is not off on adventures as Adventureman he is dedicated to travelling around the world motivating audiences as an international speaker sharing his story as just an ‘ordinary guy’. Jamie is not trying to pretend to be anything he is not, but instead speaks straight from the heart thus making his talks as relatable as possible. During his presentations he discusses the long lasting rewards of never giving up, building a community and discovering your very own superhero within you.

He is a bestselling author, world-record-holding adventurer, motivational speaker and co-founder of Superhero Foundation. This is a charity that Jamie helped to co-found after he completed his challenges in order to empower real-life Superheroes to change, and save lives. It’s purpose is to support individuals who have a desire to complete a personal challenge while also giving back, in the same way that Jamie has done. By buying Jamie’s book Adventureman: Anyone Can Be a Superhero (now available on Amazon), you will also be making a donation, as 100% of the book royalties go to the charity.

Jamie was also a finalist on the Pride of Britain for ‘Fundraiser of the Year’, he has featured on Surprise Surprise with Holly Willoughby, has been recognised by the likes of Prince Harry, Sir Ranulph Fiennes for his amazing achievements, and was voted one of The Independent’s top 100 happiest people in the UK!

In the following video Jamie discusses his upcoming speech at RDO8 which will be entitled “Anyone Can Be a Superhero”.

We are very much looking forward to an inspiring presentation by Jamie and to hear all about the incredible challenges he has taken part in, including how he found the amazing will-power and strength to overcome them!

To find out more about Jamie and his many projects, take a look at his website here: http://www.jamiemcdonald.org/ You can also connect with Jamie via social media on Twitter,Facebook and Instagram, and you can subscribe to his YouTube channel for more videos. We look forward to seeing you all at the conference in Marbella.