It’s All About the People via Hassan Kadbi – CEO, Hapimag AG 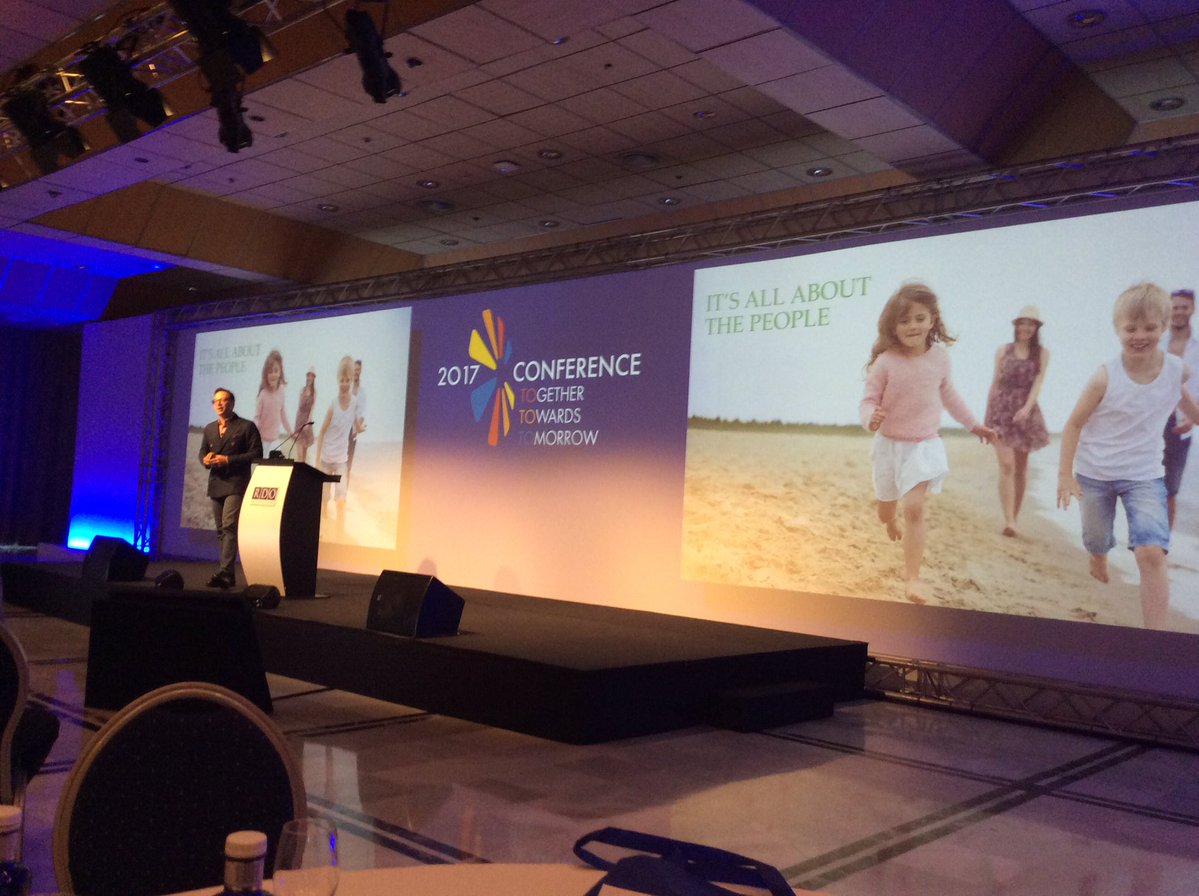 It’s All About the People via Hassan Kadbi – CEO, Hapimag AG

At each RDO Conference, there are a variety of diverse speakers chosen from many different walks of life, creating an eclectic and inspirational mix of presentations to inspire and motivate attendees. In fact, no two presentations are the same, meaning that the conference audience never quite knows what to expect, so things never get stale or boring. Sometimes speakers give specific tips and advice and other times there is a more generalised speech with the aim of inspiring and changing dated ways of thinking.

At RDO8 conference at the Don Carlos Leisure Resort & Spa, Hassan Kadbi, who has been CEO at Hapimag AG since November 2016, gave an insightful, engaging and unique presentation about his personal life journey, from his childhood upbringing through to his current high-profile position.

While now he has a comfortable and well respected status, this was certainly not always the case, as he was born in Lebanon in 1978 and grew up as a child in the capital, Beirut. In many respects his journey has been remarkable and what could be described as a true ‘rags to riches’ story. This is no exaggeration considering his first job in the hospitality industry as a teenager was as a dishwasher, during which time he was enrolled at the university where he originally wanted to study mechanical engineering. He decided to leave Lebanon though due to the unstable political situation, so he headed to Greece to continue his education, where the only option available to him was within a hospitality school. Here he found his true calling and has worked within this industry ever since.

Some of the main factors in this journey and his success have been his determination to succeed, strong work ethic and never give up attitude. He was also highly ambitious and always believed in himself, and that there was something important waiting for him later on in life, despite his humble beginnings. In fact it was this difficult start in life that spurred him on and made him even more determined to succeed.

Another extremely important factor in Hassan’s life story that has lead him to the position he is in now which he stressed many times during his presentation, is the various times throughout his life that different individuals have assisted him in different ways. Because of these he lives by a personal motto: “It’s all about the people.”

#honestybars at #Hapimag, based on trust. Guests love it. We now test #honestyshop concept. Compliments our product of holiday & community. pic.twitter.com/6a4APsQSga

He believes this is one of the most important factors that lead to his success and lives by this rule every day in both his job and day to day life. During his presentation at RDO8, this is the fundamental idea that Hassan aimed to impress on attendees: focus on the needs, ideas and happiness of all people within your organisation and treating everyone within your organization on an equal footing. If everyone is treated with equal respect and made to feel like a valuable team member, rather than just a tool to be used, then they will feel happier and more willing to give their best to the company. In turn this will then result in a more smoothly running business, happier guests and ultimately greater profitability.

Success does not require explanation! Very proud of the Resort Managers and Resort Teams at Hapimag. Achieved a great deal of Holiday Check Awards, including Gold ones. The hospitality business starts with the right attitude, and it is all about guest satisfaction! #hapimag pic.twitter.com/7jMFyJONRu

Whether someone is a dishwasher, housekeeper, receptionist or CEO within your resort or hotel business, everyone has an important role to play in keeping things running smoothly to ensure your guests are satisfied. By contrast, unhappy staff generally leads to an underperforming business and dissatisfied guests. Company CEO’s need to manage their teams on an equal footing and treat them as human beings with thoughts, feelings and opinions because ultimately, as Hassan stressed in his presentation: “it’s all about the people” both in business and life in general.

Here at RDO we would like to once again thank Hassan for his highly engaging and inspiring presentation at RDO8.

Find out more about Hapimag AG via their website: https://www.hapimag.com/en.html and connect with them via social media:

You can also connect with Hassan via LinkedIn and Twitter.

If you would like to discuss anything with RDO regarding this blog post or other relevant topics, then simply add the hashtag #RDO8 or #RDOdigital to your tweet. Alternatively search #RDO8 or #RDOdigital on Twitter to see what else we’ve been discussing and you can easily get involved in the conversation.

The RDO8 conference 2017 was sponsored by CLC World Resorts & Hotels, Diamond Resorts International, Interval International and RCI at the Platinum level, and Dial An Exchange, Light Enterprises and Shawbrook Bank at the Gold level. We thank them for their support.