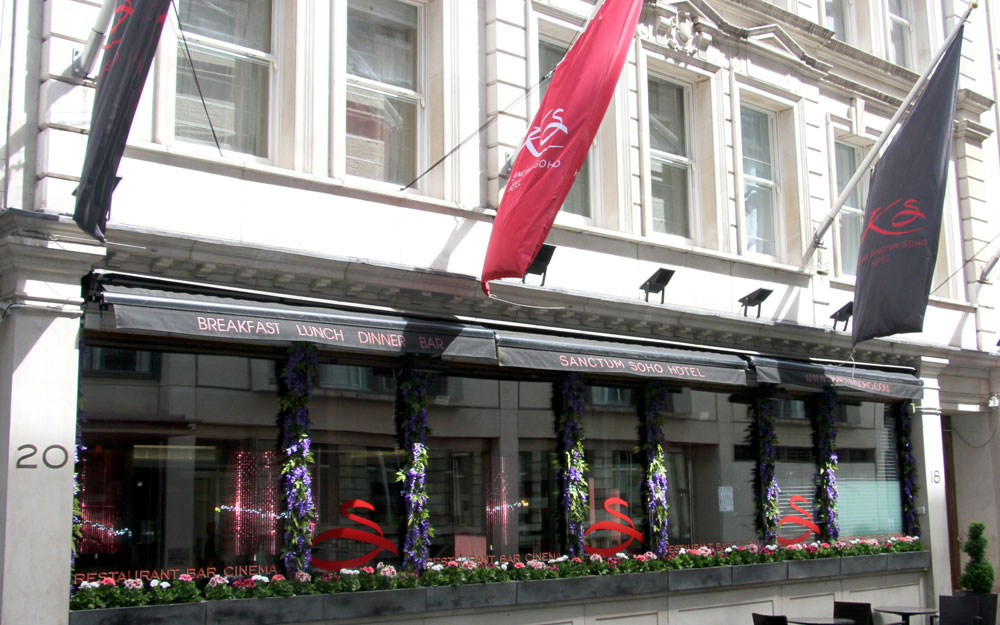 Karma Group have recently purchased an equity stake in the Sanctum Hospitality Group with The Sanctum Soho, one of the West End of London’s finest hotels, to be rebranded as Karma Sanctum Soho Hotel.

An urban hideaway in the heart of London, the Sanctum Soho offers 30 beautiful rooms across four floors, including 8 crash pads, 4 Suites, 3 Junior Suites and 2 Loft Suites all finished with the highest calibre furnishings, chic décor and bohemian opulence. The hotel’s bars and restaurant are already legendary and additional facilities such as a private film screening room for 50 people, pop up tattoo parlour and pop-up recording studio sit easily with the Karma philosophy of providing extraordinary experiences in unforgettable places. For over a decade the hotel has been a mecca for A-list celebrities and the biggest names in the music industry who can often be seen taking the lift to the fourth floor to enjoy the heated roof terrace featuring a decadent 24hr bar, fireplace and hot tub. The hotel’s Wild Heart restaurant and bar, opening this summer, will be helmed by acclaimed chef James Cathcart and is destined to become a popular destination for relaxed, contemporary and opulent dining.

The Sanctum Soho received the 2017 TripExpert ‘Experts’ Choice Award’, the only travel award based on professional reviews, recognizing it as one of the best hotels in London, as well as the 2016 ‘Boutique Hotel of the Year’ in the UK at the World Luxury Hotel Awards.

“I am delighted that there will soon be a KARMA sign above a hotel in London’s West End,” said John Spence, Founder and Chairman of Karma Group. “Extremely few companies in our sector have been able to own or operate city-centre destinations and to have one in arguably the most prestigious square mile of any city in the world is a perfect compliment to our philosophy of providing top shelf experiences for our members in the world’s best locations. I would like to thank Mark Fuller and Andy Taylor of Sanctum Hospitality Group, our partners in this venture, for helping us hoist the KARMA flag over central London.”

Karma Group will build upon the established credentials of the hotel, adding various aspects of the Karma world such as the signature Karma Spa. Karma Sanctum will offer priority bookings, VIP benefits and discounted rates to Karma Club members.

Karma Sanctum in London joins Karma St. Martins in the UK and is the latest example of strategic marquee positioning for the Karma Group, having established a truly global presence in some of the world’s most beautiful locations, from the tropical cliffs of Uluwatu in Bali to the ski slopes of Bavaria. Visit www.karmagroup.com to explore the world of Karma. 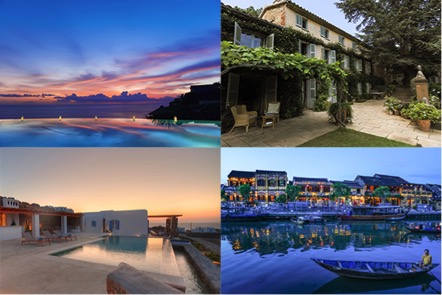 Sanctum Hospitality Group’s Mark Fuller has had huge experience over the years setting up and running some of the leading clubs and venues in London. Mark’s partner at Sanctum Hospitality Group, Andy Taylor is one of the most prominent managers in the music business, having looked after many high profile bands and artists, including Iron Maiden, Elton John, Guns and Roses, Fleetwood Mac, Beyoncé, Destiny’s Child and The Who.

Mark Fuller, CEO of The Sanctum Hospitality Group, said: “This is a really great move for us and we’re delighted to be partnering with John and his team. We share the same vision; creating a unique luxury travel experience with a twist of rock. We’re making changes to the London hotel and have secured several sites internationally. We’re all investing a lot into this merge and are excited for the future.”

Why Now is the Right Time to Reconsider Timeshare