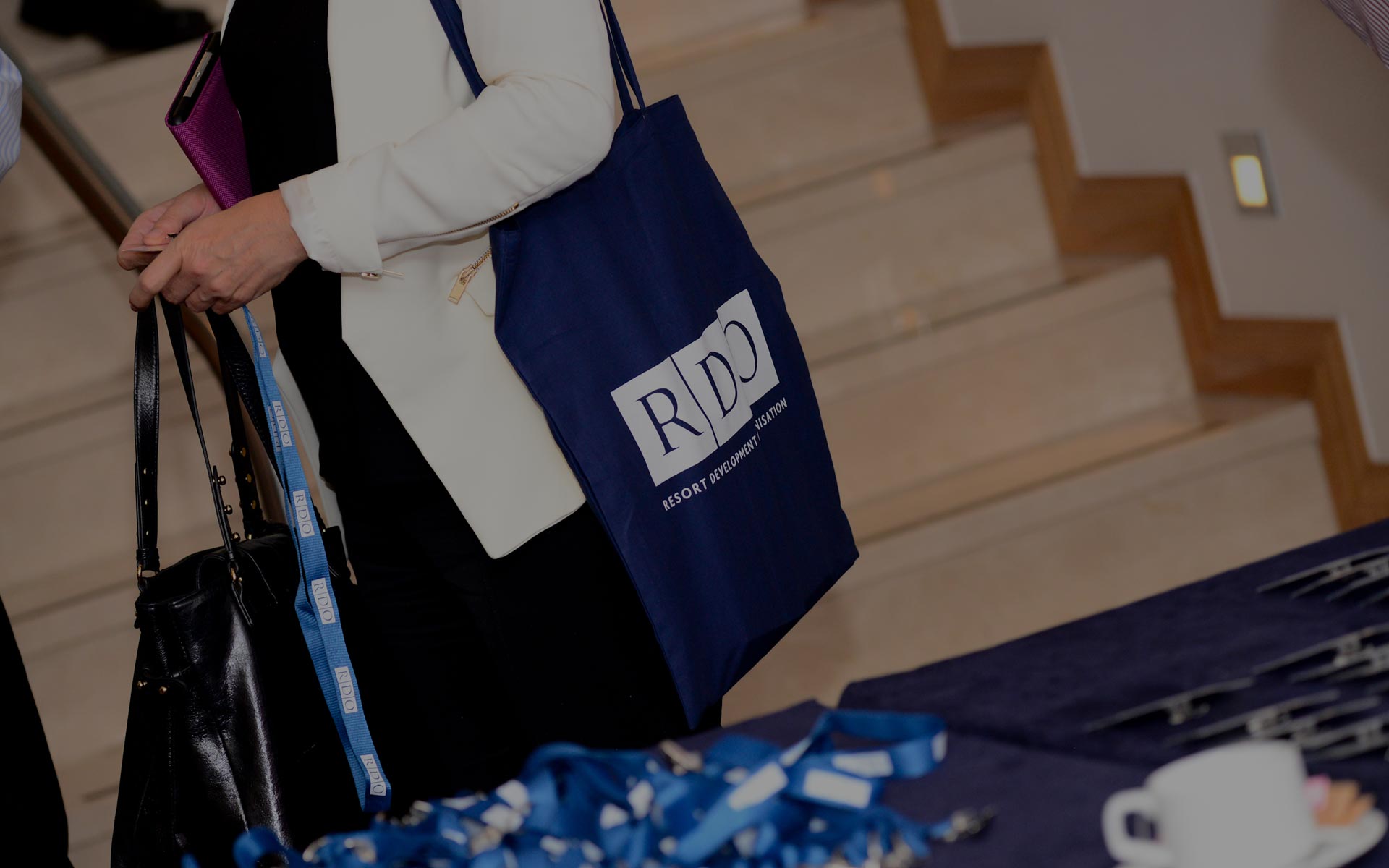 At each RDO conference we aim to bring you the very best lineup of talented motivational speakers to inspire and entertain you. For this year’s RDO7 conference 2016 “Taking Ownership”, taking place in London 20th-22nd September 2016, we recently announced our outstanding keynote speakers: Kriss Akabusi, Simon Hazeldine and Caspar Berry.

In addition to our keynote speakers, Kriss, Simon and Caspar, we also have an excellent group of guest speakers, some of whom we revealed recently (Gareth Dunlop, Thomas Landen, Andrew Stuart, Anthony Reilly and Paul Hardingham). We are now pleased to announce another separate group of excellent guest speakers, each of whom has their own unique set of skills and knowledge which they will bring to the sessions they will be presenting. These sessions will be focused on timeshare from a global perspective, exceeding guest expectations, and looking ahead to an exciting and successful future for the industry. Clearly there is a lot to look forward to!

Our additional group of guest speakers and the sessions they will present are:

David is currently working as the president of Interval International, one of the biggest and most successful vacation service companies in the world. This year Interval celebrated their 40th anniversary in the vacation ownership market and now have an exchange network of over 2,900 resorts in over 80 countries. To oversee such a substantial network takes a highly skilled individual such as David, who oversees operations and directs the implementation of global strategy, that includes enhancing the company’s overall value proposition for clients and members.

David has an impressive history with Interval, having joined the company back in 1987. Most recently before becoming president he was working as executive vice president of resort sales and marketing. David has been vital in the development and marketing of major products and programs and instrumental in Interval’s resort network growth. David has served as a trustee of the American Resort Development Association (ARDA) board of directors of which he is a member.

You can connect with David via LinkedIn – https://www.linkedin.com/in/david-gilbert-4007011

Since 2000 Howard has served as President and CEO of the American Resort Development Association (ARDA). Within his current role at ARDA, Howard serves as president of the ARDA Board of Directors, the ARDA International Foundation (AIF) Board of Directors, and the ARDA-ROC Executive Committee.

He also serves as publisher for ARDA’s Developments magazine, the “voice of the vacation ownership industry.” Beyond ARDA, he serves on the Board of Directors of the U.S. Travel Association. Both domestically and internationally, Howard is an experienced and  frequent speaker on the topics of financial, international, and vacation ownership.

You can connect with Howard via LinkedIn – https://www.linkedin.com/in/howard-nusbaum-255a243

David and Howard’s session will be: Watching us watching you – a global perspective

During this fascinating session David and Howard will take a look at what the timeshare brand means from a global perspective. You will hear about how timeshare’s successes and challenges resonate with government, Wall Street, Financiers and Key Players from Howard, the President and CEO of ARDA.

From David Gilbert, the President of Interval International, one of the most influential key players in the timeshare industry, you will gain an insight into the global perspective of timeshare purchasers. Through the knowledge that Howard and David will both bring to their session, you will therefore find out a substantial amount of key information about how the timeshare industry is seen from both a financial/business perspective, and also by those who choose to become timeshare owners.

Peter currently works as the Business Vice President of Group Pestana which is the largest international hotel group of Portuguese origin. The group was founded back in 1972 and now has 90 hotels in 16 countries, and is directly responsible for its golf resorts business and vacation club.

Back in 1985 Pestana launched the Madeira Beach Club and entered the vacation club sector, an initiative that Peter was responsible for. He has also played an active role in the development, marketing and sales of 500 holiday homes in the Algarve, and is responsible for 6 golf courses owned and operated by Pestana in Portugal.

You can connect with Peter via LinkedIn – https://www.linkedin.com/in/peter-booth-8aa51515

Gordon is president of RCI, a worldwide leader in timeshare vacation exchange. RCI has a network of approximately 4,500 affiliated resorts and Gordon is responsible for all RCI operations. Gordon has a long and prestigious history with the company, having joined RCI back in 1987, and has served in various roles during his tenure including revenue management, within contact centers’ operations, product development and club development.

Recently the online exchange experience for RCI members was significantly enhanced through a process led by Gordon. Various products including the development of RCI Points®, The Registry Collection® program, and enhancements to RCI® Weeks, have been launched by the company, and Gordon has been instrumental in the advancement of these. He has also facilitated brands that have launched into the timeshare sector and consulted on the development and implementation of shared ownership clubs.

Richard has extensive knowledge in Hotel Management having studied this at Napier College in Edinburgh. He started his 31 years in the timeshare business back in 1985, as part of the opening team at Craigendarroch. Initially, he joined as Country Club & Marketing Manager, before becoming a part of the timeshare team full-time in 1987.

Following becoming a full-time team member, Richard was later appointed as Sales Manager and then Hotel and Resort General Manager, then in 1996 he became Managing Director for Hilton Grand Vacations. Between 2008 – 2012 Richard served as the Chairman of the Resort Development Organisation. In his spare time he enjoys spending time with his family, travelling, dining and playing golf.

You can connect with Richard via LinkedIn – https://uk.linkedin.com/in/richard-mcintosh-48728a59

Peter, Gordon and Richard’s session will be: Exceeding expectations by elevating the experience!

Today’s timeshare resort customer has expectations that are so much more than just a clean and tidy unit, as the choices available to them are so much greater. This session will focus on how to exceed these expectations by delivering the timeshare experience after the sale.

These three highly experienced speakers will each present their views on what steps are being taken to achieve this goal, and will also be offering some foresight into what needs to be done to keep ahead of the game in the future. Continuing to meet and exceed customer expectations is highly important in order for them to continue to choose timeshare ownership as their preferred option.

Half of the “Pete and Steve show”, Steve Pentland has spent the past 25 years considering, envisioning, innovating and helping to create the future of our industry, including a number of notable “firsts”. Due to Steve’s shrewd observation of social and industry trends he is in the perfect position to speculate on the landscape, challenges and opportunities of the coming decades.

You can connect with Steve via LinkedIn – https://uk.linkedin.com/in/steve-pentland-84030a12

Steve’s session will be: Imagining the future – Timeshare 2040

During this fascinating and highly useful session, Steve will be helping you to explore what a timeshare vacation will look and feel like, 24 years in the future. Due to his highly relevant work experience over the years in which he has helped to envision and create the future of our industry through a number of firsts, Steve is the ideal candidate to envision what our industry will look like in 2040.

There are some big questions to be considered during this session such as: How will owners, members and developers interact? What technology will guide relationships? What yet unimagined innovations will influence the consumer? With Steve’s guidance and fascinating insight, we invite you to help build a new vision for our industry in Europe and beyond which will help to continue the huge success that timeshare has had for our owners and resorts.

Brexit: “ The long-term ghastliness of the legal complications are unimaginable”

What you can expect at RDO7 Conference 2016